Time to do another proposal of a female villain. And this one is from a bad movie (Although I personally find it to be an alright action flick but its okay if you dont like it)

Catwoman is a 2004 film about a secretary named Patience Phillips who works in a company called "Hedare Cosmetic Company". Unfortunately, during her overnight shift, she heard about the sinister plans of the higher ups regarding the side effects of the cosmetics that was produced by the Hedare company and as a result, Patience was killed. However, she was revived back to life and was given a cat like abilities by an Egyptian Mau and that cat is the one that Patience is tried to rescue earlier. As a result, she then gained a cat like superpowers and then tries to find out who killed her and stop their evil schemes once and for all and tries at her best to use her powers for good and not for evil.

Now, I mentioned that Patience got killed by a higher-up because she accidentally discovered the side effects of the make-up that the Hedare cosmetic's made. And the higher-up in question was not the boss of the company, George Hedare, but it was in fact George's scheming wife, Laurel Hedare.

Okay, so Laurel Hedare is actually the wife of George Hedare, the CEO of Hedare cosmetics and was a former model of said company for the past 15 years. However, she got replaced once she reach 40 by a young model named Drina both in the company and romantically as her husband having an affair with her (Much to Laurel's disappointment). But that doesn't stop her for having a hidden agenda that could benefit her own.

It was revealed Hedare's crime is that she tries to make a beauty supply called Beau-Line which would make a woman's skin look like a living marble if it used frequently but also shows another horrifying symptoms: if Beau-Line's usage was discontinued, some of the people face would be disfigured as hell and Laurel doesn't care about this as long as she got the money and conspired with a scientist named Ivan Slavicky much to Slavicky's disgust.

After Patience accidentally discover Laurel's evil schemes, Laurel then orders her top mercenary to murder Patience to prevent the information getting out and when Patience ran into the sewage pipe with no end, said mercenary then flushes the sewage pipe which killed Patience and as a result, she then becomes what you will known as Catwoman after she gains the power from an Egyptian Mau that she saved earlier (NO! I am not making this up!)

After Patience tries to infiltrate the Hedares' mansion in order to avenge her own death, unfortunately she met with Laurel which the latter mistook Patience as a thief who broke her house at first but later on, she then decides to help Patience in order to cover up her sorry ass by lying to her under the pretense that her husband will ship the defective Beau-Line across the world but in reality, it's the otherwise.

After Patience was in prison, in the meantime, Laurel advertise her beauty product and plans to ship it across the world. Fortunately, Patience managed to escape from the prison and Tom also discovered the truth about the Beau-Line product and regret her decision about arresting Patience and tries to arrest Laurel. After some fight with Laurel, the latter's face was scratched by Catwoman and unable to saw her scratched face in reflection, she then let herself fall from the window and seemingly begging Catwoman to save her. And thus ends the life of the greedy corporate magnate.

Hedare's excuse is pitifully inaccurate. Sure, getting thrown away as a model and your husband cheating on you and got replaced both as a company mascot and a love interest is bad. But this actions doesn't remotely justify Hedare's actions since she is mostly motivated by money after she transfers the defective Beau-Line product across the world and not by envy of her husband. And her death IMO isn't played for sympathy either as for me? It was mostly a catharsis factor for her and her letting herself plunged into her doom after her face is getting scarred screams like a narcissistic person who is unable to see her face so yeah... Although I'm not sure about this one.

Yeah yeah I have to admit that her bodycount is kind of low as she murders like 3 people and is Patience, Ivan and her husband, George. But I think she carves a bit of a niche of her own and that's facial horror across the world. I should note that Laurel's plan is that she intentionally let the women's face to be disfigured as hell and if the woman across the world frequently use said product, they will have their face disfigured and of course, she did this for the money which disgust one of her scientist, Ivan Slavicky so yeah...

Your call. I understand if you guys don't find her heinous enough. That and the film's reputation is horrible when it first came out. But I think she makes it a little bit and unpopular opinion here but I think the film is okay. Not offensively bad but not good either. Just watchable enough for me and I still can understand the plot a little bit. Still, I understand why you guys found the movie very bad but yeah... 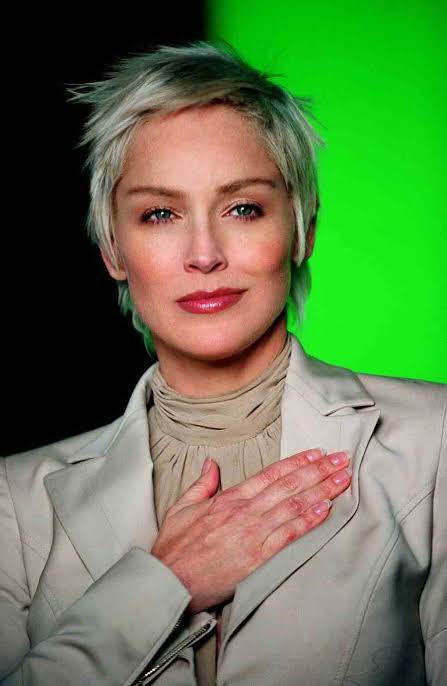 Personally not sure she does enough given superhero movie standard so I lean towards no. Her goal is money and revenge but her goal to me is only heinous in hindsight "if my product ever stops people will be disfigured, on the plus side your skin is more durable if used a bit". Definitely not tragic but generally supervillains do IMO.

(edited by Jester of chaos)
0

@Jester of Chaos It's cool if you don't find her heinous. Although the facial horror on global scale kind of seals the deal for me.

This is the Halle Berry film, am I right? I haven't seen the film, so I'll abstain for now, albeit leaning towards yes.