Who is He? What Has He Done?

He killed Sir Lionel,Tried to Kill Kayley,Arthur, and Garret.He will do anything to obtain the sword,presumably even killing children if he wants to ,has no tragedy in him,shown no remorse towards anybody,very insane,only cares about himself. 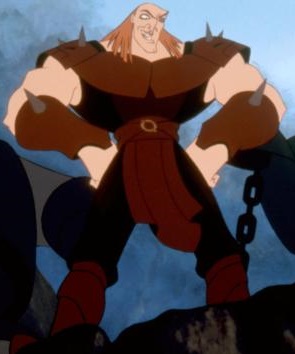 This is a really poor effortpost. Be sure to go over all the criteria and be specific about it. It's the rules.

(Does the character have a define personality? Or is it a one-dimensional character such as a mindless destroying beast?)

(Has the villain crossed the Moral Event Horizon?)

(Does the villain use every resource they have at their disposal to cause a maximum of evil?)

(Does the villain have an agency over their actions, and can distinguish right from wrong?)

(Is the villain completely devoid of any altruistic quality?)

(Is the villain completely unsympathetic and unforgivable with no Freudian excuse?)

(Are the villains' worst acts on-screen?)

(Is the villain the worst, or at least one of the worst characters in the story?)

(Is the story "normal", or purposefully over-the-top appalling? In which case, the Heinous Standards would be so high that it would be almost impossible to have a Purely Evil villain in the story.)

No. Not heinous enough.