I would like to purpose a new addition to the Pure Evil list. I think that Midnight Sparkle, Sci-Twilight's alter-ego should qualify as Pure Evil in the brief appearances she makes in Friendship Games and Legend of Everfree.

Midnight Sparkle briefly appears at the climax of the Friendship Games as the final antagonist. She appears when Twilight gets corrupted by magic when she was pressured by Abacus Cinch and the Shadowbolts. Once she appears, Midnight begins to blast rifts into the very fabric of the universe in an attempt to get to Equestria to learn it's magic. She is defeated when Daydream Shimmer frees Twilight from the out-of-control magic.

Midnight Sparkle appears again in Legend of Everfee mentally torturing Sci-Twilight and trying to control her but is defeated in the end when Twilight controls her.

Midnight Sparkle is insane, power-hungry, careless, malicious and obsessed with learning about magic even if it's at the expense of two whole UNIVERSES.

Midnight Sparkle 's actions are one of the most heinous in the entire My Little Pony multiverse since what was at stake wasn't just the world, but two whole universes and trillions of innocent people. And what's worst is she doesn't care in the slightest.

Gee, almost destroying two whole universes just to learn magic and not having any remorse, I wonder.

Midnight Sparkle's destroying of the statue allowed magic to leak out into the human world, setting in motion the different problems in future EQG movies and episodes 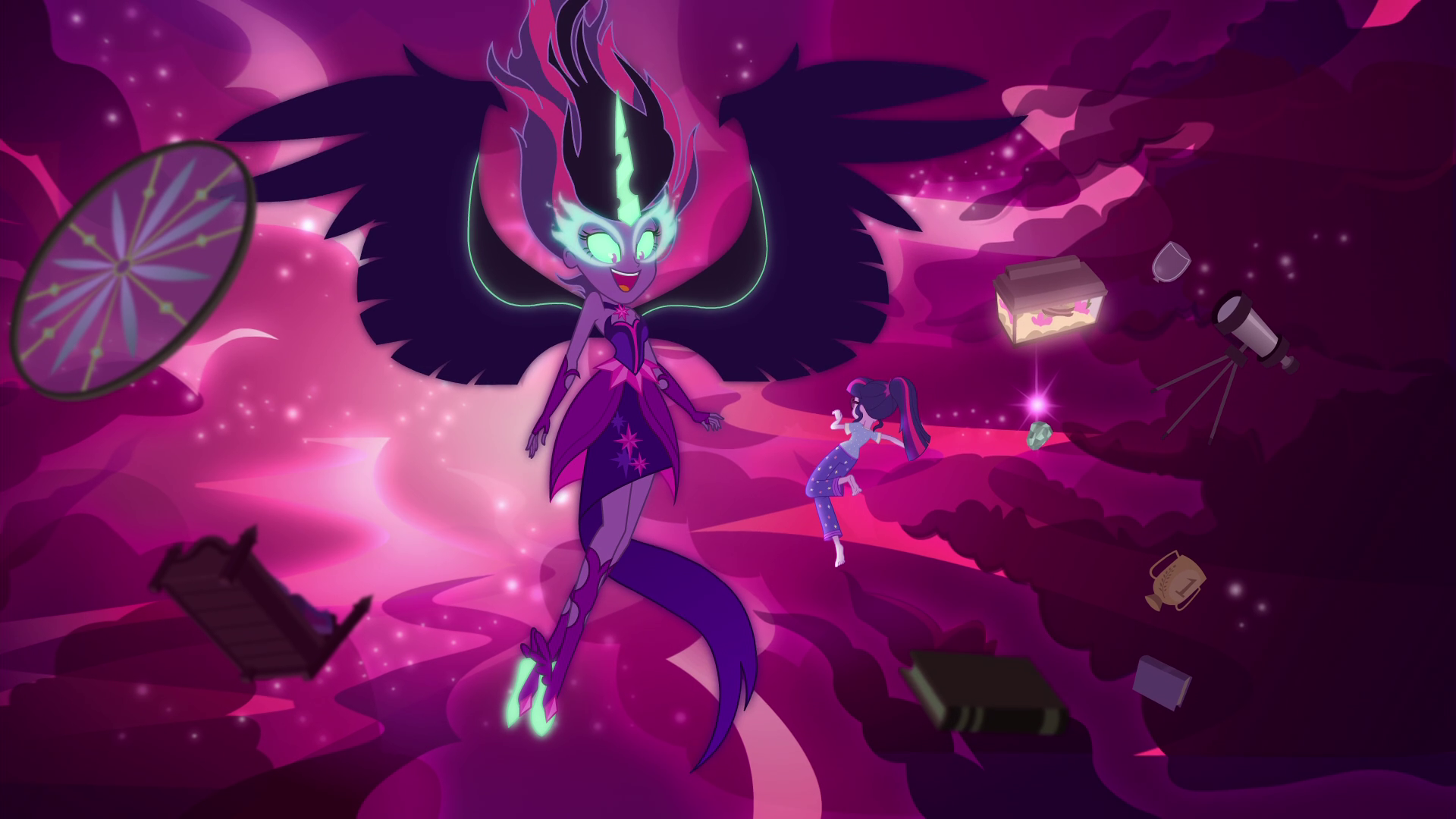 From what I understand it's basically a split personality and the haunting is more or less guilt. My answer is no combined with this not even following the standard effort post.

I'm not trying to abuse it, I'm just curious if she qualifies

No. Midnight Sparkle only does what she does because Cinch tricked Twilight Sparkle into unleashing the magic to begin with.