I want to make a Proposal about him. I don't understand why he isn't under that category already, I know he is under Honorable and Insecure, but that categories didn't fit him. I rewatched the movie a few weeks ago, and he don't seem Insecure and Honorable to me. He only accepted his fate and show no insecureness about his crimes. And it's no excuse that he wanted to make his family happy when he get rid of the pandas.

He seems to enjoy pain of others and have no mercy in killing them, he has sadism.

He is the darkest Kung Fu Panda villain so far. He has the largest body count of them all.

He started a genocide against the pandas, even killing entire panda families, including children, just because he wanted to make his parents proud.

Shen is in a very high position and using all his weapons and henchmen to wipe out pandas.

He shows that he did now what is right and wrong, enjoying to see people suffer even his own henchmen.

He is not a group.

Shen doesn't show any mitigrating factor or that he regret what he has done. He only seemed to be thoughtful when his right-hand woman tells him that his "parents loved him". But after that he still does terrible things and don't show that he cared about it.

He shows no heart for his parents, innocent children and even his henchmen. He would not stop to kill them.

All of his crimes are onscreen, or most of them. He has the largest body count of all the Kung Fu Panda villains and even killed a few characters onscreen. Also have his past crimes in taking genocide of the pandas, a strong effect onscreen.

He is clearly the worst and has no competition from any other Kung Fu Panda villain, not even Tai Lung comes close to him.

"Yes" to him. The first time I disagree with you guys who put him under Honorable and Insecure. He is far from that and nothing excuses his actions. 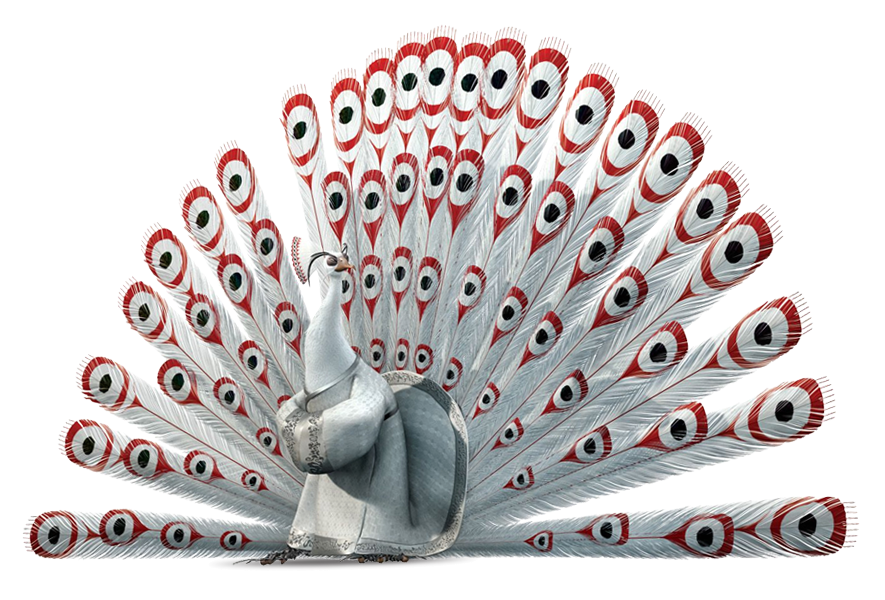 I SO wish he qualified, but the scene where he lets the Soothsayer go free and reflects on his parents makes him a "no" from me.

I rewatched the last scene of them both, and yeah I must say, you're right. He let her go and seems to care for her, if he would be completely heartless he would have just killed her. And it also seems that it really touches him when she said "your parents loved you".

No. I've seen the movie and he is so not Pure Evil.