''Meet the Robinsons'' is a G-rated science fiction film about a preteen boy named Lewis Robinson, who while building an invention called the Memory Scanner is met by a boy named Wilbur (who later turns out to be his future son) who takes him to the future to thwart the villain knowm as "Bowler Hat Guy".

Doris is a sapient robotic bowler hat who acts as the brains behind her laughably incompetent partner in crime Bowler Hat Guy. Together they plan to ruin Lewis', however Doris ends up having much bigger, sinister plans...

- She mind controlled a tester and had him attack people

- She sabotaged Lewis memory scanner at the science fair, this caused a few accidents that put the teachers and students present in danger

- She tried to knock a chandelier on Lewis head, in an attempt to kill him

- She tries to kill Lewis several times in a last ditch effort. even going as far as attempting to skin him alive

None. She was created to help people but instead grew a hatred for humanity under her own choose and chose she'd rather enslave them and conquer the world for herself.

Worst character in the film. Bowler Hat Guy is Played for Laughs and only wanted to ruin Lewis' future. Doris actually has murders to her name and much bigger plans than he does.

Overall, for a G-rated film I feel Doris does enough. 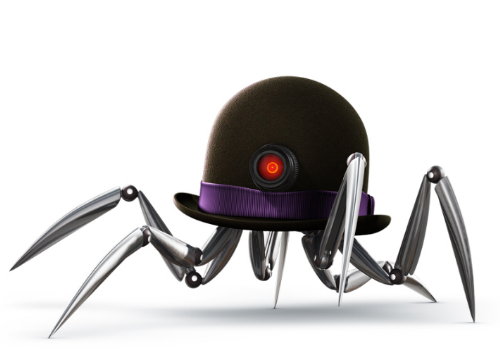 No. Too generic of a villain. And going off what Jester said.

When I remember last watching the film, I was shocked and terryfied when she changes the future and even kills someone and tries to skin him alive. That was very dark and game changing for the otherwise lighthearted movie. So I would give a "yes" because she seems to have a moral agency.

Undecided. Are we sure Doris has moral agency? If so, how?

She definitely has agency. She was created to be ''good''. She came to the decision that she wanted to conquer the world and enslave humans all on her own. It is the same case as XANA.

Sounds like a "yes", for now. And skinning someone alive sounds beyond the heinous standards in a G-rated movie.

My problem is that she is a generic villain. At the very least, XANA had exceedingly sadistic methods of trying to kill off humanity. With Doris, she is just a generic artificial intelligence that went rogue and is otherwise not as bad on paper as any of the other instances of AIs going insane such as XANA or Skynet for that matter.

Uh...where are you getting at? All I was doing was listing my reasons.

I was just stating we have different opinions. I wasn't trying to be bad, but I might've made a mistake here. Please highlight what I did wrong.

@Austin: The thing that pushes Doris over the baseline for me is how quick she is to murder people like Goob and Carl. Even ignoring how personal and sadistic she is in her constant attempted murder of the protagonist, such as mind controlling his family and having them attempt to kill him or attempting to skin him alive. There is also how she endangers innocent people even prior to the bad future she unleashed like when she caused those accidents in the science fare.

Keep in mind, this is a lighthearted film so the baseline standard isn't going to be all that high but Doris still manages to do quite a bit.

No. Doris is NOT Pure Evil. She just wanted to take over the world like most villains do.