Ok, so pretty much Light is a bit of controversial character when it comes to this category (there have been discussions about it back and forth). But looking back at this, I feel like he's a bit on the amoral side of things and that it's really hard to tell if he's truly a heinous bastard.

For one thing, there's a portion of the story where he completely forgets everything he did with the Death Note and actually becomes a genuine guy, helping L tracking down Kira (who at the time was Kyosuke). He holds no hatred or disgust towards L or anyone else nor is he manipulating or using people as pawns during all of this. Not even Misa, who really was a pawn in his endgame goal. It isn't until he regains the Death Note where he gets back all of his memories and goes back doing his evil things. This tells me that he has a dissociative personality going on.

But what's really grabbing my attention is his reaction towards his father's death. I don't know how it played out in the manga, but in the anime, it looked like he was actually sad about his father dying. Of course, you could say he was faking this reaction, but if that's the case, that's some really good acting. The dude shouted and bursted in tears when his life line dropped. And keep in mind, this was after Light regained his memories with the Death Note (although I forgot how he was able to keep them since he gave up his ownership on the Death Note again).

Ultimately, I'm not sure since he goes back to being the hateful ass he's truly known for, but honestly, that really tells me that Light doesn't have a clear moral agency and that there are two sides of him conflicting with each other; one that actually wants to do heroic deeds in a genuine way and one that really seeks to bring order through gaining power.

Would you say he says or no? 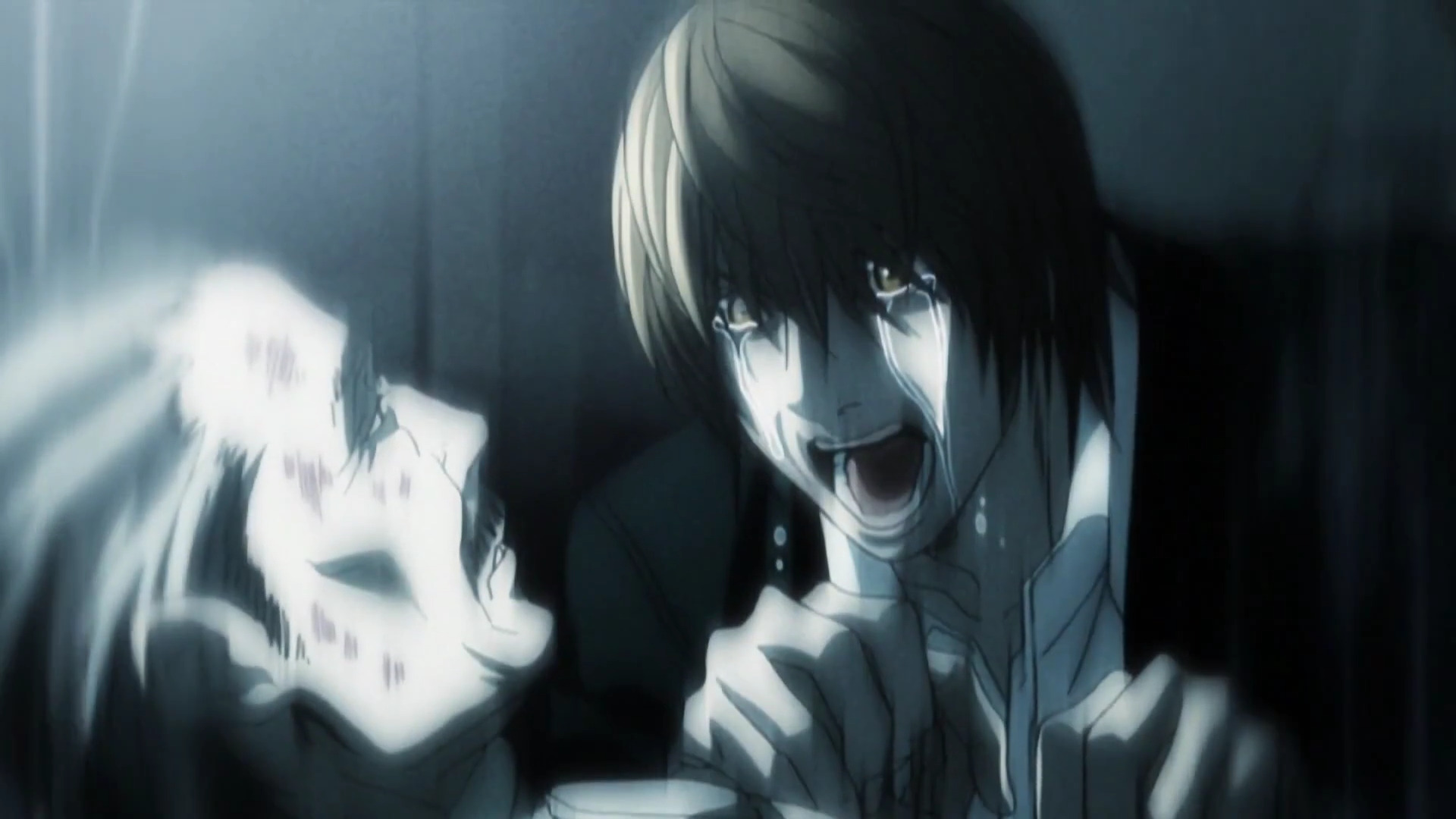 Undecided. I was initially shocked when I saw him on PE since I don't believe it was intended for any version of Light to be seen as 100% evil. While his manga incarnation doesn't have much, if any redeeming qualities, the fact the book gambit shows that Light would have turned out a descent person if he never received the death note gives me slight pause.

I mean he was added at the time we didn't have the proposal rules and things weren't really clear back then. I didn't think it'd be that much of a problem to bring him back up again. Idk, I was just looking at his character recently and I'm here thinking that perhaps there's some aspects of Light we're not really taking into consideration here.

That said, from the looks of it though, it seems we have one for keep, one for cut and one for undecided.

That whole decent person schtick was a part of his plan. The Death Note has it to where you could relent ownership of it if you lose your memories of owning it, lest you retouch it. Part of it was to "join" the side of good as a means of eventually tracking down the owner of the Death Note. Once again, the Death Note does not corrupt the user.

Yeah, you're right. I do see the YMMV thing at play there, so I shouldn't be critical on whether or not Light truly was genuine in his goals. For that, I am sorry.

How does Light react to his father’s death in the manga?

He does entertain the notion of killing him if he came down to it, and when he's dying, Light's only concern is getting Mello's name written in the Death Note.

No; I vote we keep him. He's under the "Type Dependent on Version" category for a reason.

I thought only the manga version of Light was Pure Evil?