Death Adder is a major antagonist from Sega's popular video game Golden Axe and its franchise. A descendant from a race of wicked giants who once challenged gods, Death Adder survived and made it to human world long after gods have left the human realm. Now, he seeks to rule the Land of Yuria through terror and brutality.

When Death Adder finally obtained the mystical Golden Axe, aka "the weapon of gods", Death Adder sought to rule over all of Yuria. Death Adder's first victim was the Firewood Kingdom of Yuria. With the help of his army and Golden Axe, Death Adder not only laid an utter waste to the unfortunate kingdom, he and his army slaughtered literally anything moving and breathing belonging to Firewood Kingdom - not even bothering to enslave or picking selected victims; no one and nothing was spared. When the smoke was clear and carnage subsided, only three citizens of the entire Firewood Kingdom escaped the unprecedented bloodbath. The massacred kingdom never recovered. Southwood Kingdom, Firewood's neighbor kingdom, not wishing to suffer the fate of Firewood, quickly surrendered to Death Adder.

Those who attempted to oppose Death Adder met with violent deaths. But even deaths did not grant victims escape; well-versed in dark magic, Death Adder would simply bring the dead back as undead minions (Skeleton fighters for example) to serve him, robbing his victims their right to even die. His subjects, dead or alive, does not matter to Death Adder. Everyone under Death Adder, dead or alive, will be made to serve the tyrannical warlord.

In Golden Axe the Duel, Death Adder and his army repeated the massacre he participated in Firewood 83 years ago, this time towards the Forest Giants, a benevolent race of Giants living in the forest; only a single giant named Green, escaped the bloody slaughter and became the last of his kind.

In Revenge of Death Adder, Death Adder and his army once again occupies Land of Yuria, executing people, turning many into undead, and enslaving populace too weak to challenge him and forcing them to build a huge fortress in his likeness - out of an entire mountain. Of course, with all these harsh exploitation, less than bare minimum was provided, if at all, to the people, resulting in vast slaves starvation and malnutrition during their imprisonment, and survival rate was extremely low.

not satisfied with terrorizing Land of Yuria, Death Adder, in his Duel ending, seeks to conquer, subjugate and reign over all known worlds and dimensions, going well beyond Yuria, after possessing the prized Golden Axe. With Golden Axe's power, he summons monsters and demons to help in his bloody campaign. Thus the world of all living, gets plunged into eternal darkness. Death Adder also has no tolerance for what he views as weak. In his Duel ending, Death Adder declares "Death to the weak ones!"

How many Tyrants eradicate kingdoms and race to the point that only 1-3 of the kind/citizens survive (not eradicating villages, cities, but an entirety of kingdom)? And how many tyrants exploit slaves to build a castle out of a whole mountain? Even most other tyrants provide their slaves a bare minimum provision. But Death Adder, with his necromancy, knows he can use the dead and therefore, simply do not care. He is obsessed with ruling for eternity and conquest of all that falls within his sight using his power granted by Golden Axe.

Even if he gets defeated, Death Adder refuses to stay dead; every time Golden Axe is seen again Death Adder, no matter how many years pass, somehow mysteriously returns to life to terrorize time and again. This has led people to question whether Death Adder is even a living being at all. With complete command over his army (his men view Death Adder as an embodiment of power they crave) and his knowledge of magic, his superhumanly might makes Death Adder a very formidable enemy.

Redeeming quality? Does it sound like he has any?

This discussion is primarily for those who played Golden Axe franchise. But others feel free to read as well. 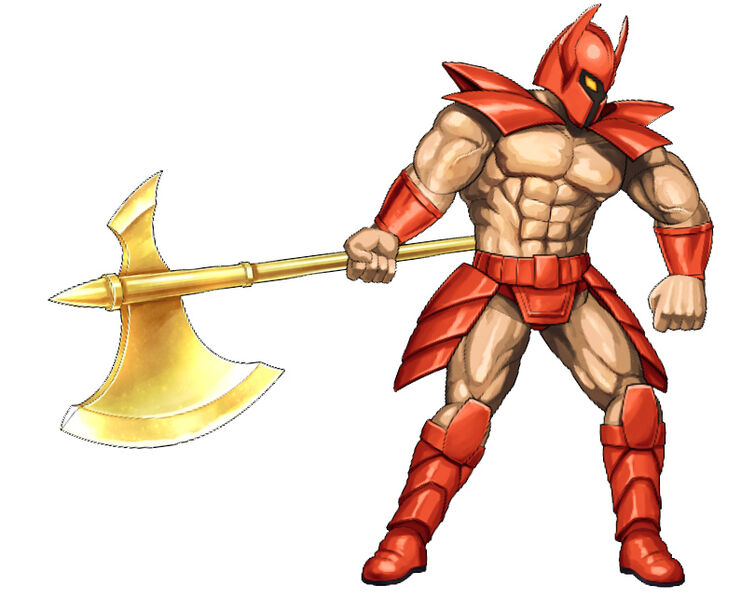 I played some in the past with the one game being fun if not a bit generic but based on the effort post and what he's apparently done: Yes.