So there has been several times (and for what it seems, still is) when people constantly fight over adding and remove Joffrey from the dimwit category and its getting on my (and seemingly othersk) nerves. Normally I wouldnt think an edit war of this minor concern would be worth bringing to discussion, but this has to be decided right now.

Personally, I think he qualifies. One of his prime villainous traits is his Stupid Evil tendencies which has caused conflict over the show: the most famous one being beheading Ned Stark (which he knew would cause a civil war with The North) and overall prioritises being sadistic than being actually pragmatic, unlike other Lannisters.

With all due respect, but thise who say he does have his moments of cleverness never give any examples of that. I cant think of a single moment when Joffrey has shown (at the very least) decent intelligence, unless maybe we’re talking about when he questions Margaerys loyalty for being wed with a ”traitor”, and it may first seem that he isn’t so easily manipulated, but then she does just that to him so it doesn’t really mitigate anything to me.

Anyway, thoughts on this?

Joffrey Baratheon
A reply to SlimeShady
0

It’s not that the template doesn’t exist on the mobile, but that the PE category itself (the main attraction of this whole thing) dissappears on the mobile version which I am concerned about. 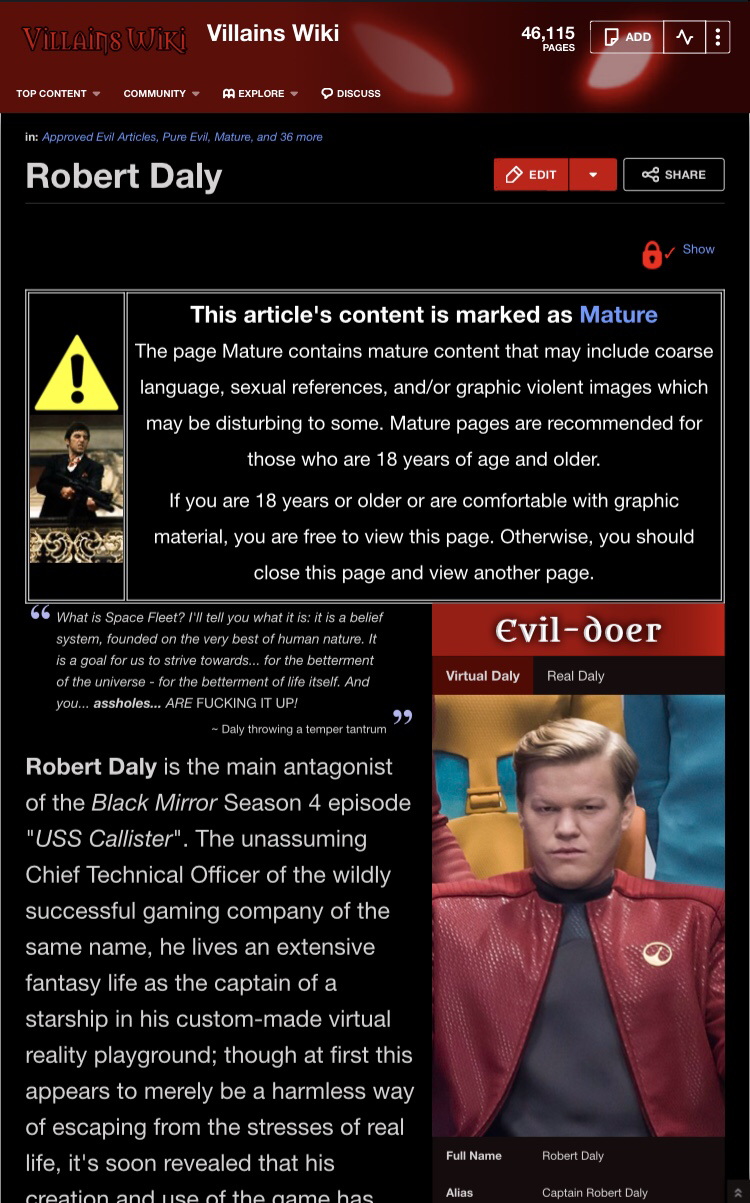 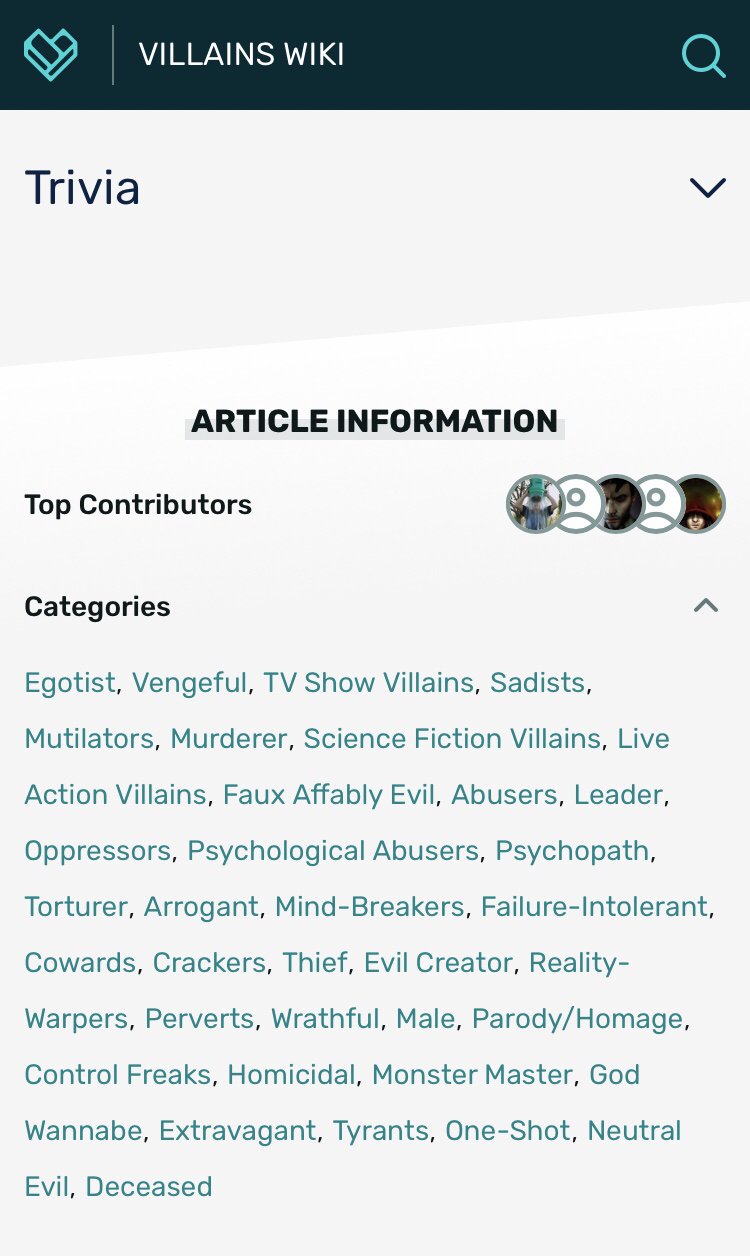 As long as their thoughts and believes are too absurd to be called ”wellintentioned”, for example as a Nazi who thinks nazism is a good ideology when it clearly isnt is delusional but not antivillain as they promote evil ideas and prejudices that dont even cause any good or noble goals. While an antivillain can commit very evil acts such as murder or even terrorism but has a goal that is noble and would actually make good for other people in the end, such as V (from V for Vendetta).

Would you guys consider Arthur Fleck to be "highly intelligent"? I don't know about you guys, but I think it is very misleading to add "high intelligence" to the skills section. People have said that he "outsmarted his enemies", but in all honesty everytime he got away ( e.g from the three stockbrokers and the two detectives) relied more on luck rather than outsmarting.It already says I added "minor cunning" which I think should be enough for now as he has yet to be proven to be an evil genius like the mainstream Joker.

I dont think he belongs here. Yes he has stolen some stuff, dealt drugs and misused drugs, but I actually don’t think that what he does is sufficient to qualify as a ”villain”. He is ethically grey, but not a villain.

Are there any such villains? I find it unlikely for those to overlap. The only one i know is Boss Matsumoto from Kill Bill: but that was because its an actual movie and not just a brief scene of a ”movie within a movie (or show/game/whatever)” Quentin Tarantino made it clear apparently that Kill Bill is actually fictional with in the ”Tarantinoverse”. But are there any other FF PE villains?

Theres something thats bothering me. Something I have noticed is that alot of PE villains that were not actually proposed on this wiki still fall under ”Approved Evil Articles”. Is it just because they were already proposed on TV tropes? But then it kinda ruins the point of all these ”keep” proposals - they still are gonna be considered approved sooner or later. Explaination?

But after all, it IS a wiki for unpublished villains, and unused content in any media (Especially video game villains) are known for not having much background information about them since they were scrapped.

So shouldn’t it be obvious that there might not be that much to say about some of unpublished villains? Im not trying to justify lazyness here, but I think that you should have it in mind it can happen.

However, to prevent that, is it ok to write mere thoughts about possibilities on the villains characteristics and purpose, if (which I believe will often be the case) there is merely a known design of the villain and maybe a few animations but not much background info.

As they were just a part of Mysterios illusions and not any actual creatures, I don’t see how it is necessary for each of them to have their own pages.

Not all murderers are willing to kill (they may have been forces to it for example), which is what homicidal villains are

Go to your profile and then click on ”Blog”. There you write your proposal and add the category ”Pure Evil Proposal”.

Herrscher of the void

A minor concern, but why doesn’t it just say ”Approved PURE evil articles”? Not only is it obviously more appropriate, but beginners om this wiki may be confused about it as it sounds like you have to propose a normal villain before making an article about it to make sure s/he is really Evil first, which... isn’t the case here.

There have been some discussions about if accepting your fate is a mitigating factor that disqualifies a villain from being PE.

A reply to Magma MK-II
2