Member of the CaughtNotSleeping Blog

Putting Caught through his games and tests.

1AmTheHelp3r is the unseen main antagonist in the CaughtNotSleeping Slender series.

1AmTheHelp3r first made an appearance in the summer of 2011, introducing himself by posting personal messages on the boards of the subscribers of CaughtNotSleeping. His first video revealed that he had been following Caught for some time. After his appearance was made he quickly put the subscribers of CaughtNotSleeping to the test by kidnapping the protagonist and holding him hostage until the fans could solve a detailed riddle. His motivations and interest in Caught are as of yet unclear. He is clearly at odds with RoivasSevil, the other mysterious informant of CaughtNotSleeping, but he has openly disavowed RoivasSevil's Butterflies and insisted on working on a more private basis with followers.

1AmTheHelp3r appears as a large hooded figure with his face obscured, or (as suggested by Caught) has no face at all. He seems to wear a hooded coat, jeans and blue latex gloves and seen carrying a violin case in which he keeps rope and handcuffs, along with perhaps other necessary supplies. The significance of the violin case is unspecified. Often his videos are combined with a heavy breathing sound that can be occasional heard from him in person, along with animal snarls when he is angry or startled. It has been speculated that 1AmTheHelp3r's repeated accusations that RoivasSevil is "Unclean" may connect with germaphobia or desire for physical separation; and thus the breathing might come from a Gas mask.

1AmTheHelp3r seems to have an extremely domineering personality, often reacting with threats, strict warnings and very physical violence. When he abducts Caught he uses a brick to knock him unconscious, rending Caught with a severe concussion and head wound which requires several stitches. Fans who do not follow his advice often find vague threats and warnings from Help3r on their YouTube walls. 1AmTheHelp3r has also made it extremely obvious that he does not approve of RoivasSevil, and often warns subscribers against associating with her. It has also been made clear that he was never a part of RoivasSevil's family, and that his animosity towards her stems from her association with "the disease", presumably, the Slender Man.

Although 1AmTheHelp3r has not gained much support from fans, his actions in 1472 Lansing Place: Three have raised questions regarding his loyalties and motivations. However evidence that he was responsible for murder Scott (of the Cranbrook Runners) and his clear antagonism towards Natalie, which includes the burning of her childhood home in Rule #5 have turned most against him.

Doll and Other Call Signs

Often, 1AmHelp3r sends messages through presence of a blonde, girl doll, as well as several other toys which make several appearances. The Doll most noticeably in "Rule #3" where she relay's the puzzle to the fans. She is seen again in "A brand new day" holding the camera. The doll is presumably mentioned in "The Runner's Journal", when it is mentioned that Scott "broke that doll", which is seen in A hole in the ground. preceding 1AmTheHelp3r's abduction (and presumed murder) of Scott. Unclear what it's value to 1AmtheHelp3r is, he clearly values it, although when asked about the doll, he has denied owning such a thing. 1AmTheHelp3r has also once used a small robotic pig, which carried a set of directions to Caught in "A brand new day". It was also present during "1472 Lansing Place: 3"

1AmTheHelp3r also has several other indicators that seem to represent his involvement or presence such as a repetitive piano song that comes from no visible source, that may or may not serve as a warning; heavy beast-like breathing and sounds; the presence of toys; and most notably a reoccurring bird motif. Along with the Coffin Riddle, birds were discussed during "Sorry", seen throughout the "1472 Lansing Place" house, and Caught's memory video.

1AmTheHelp3r seems to be dictated by a long series of rules, the contents of which are released in one of two ways. As of yet, each video that helper has released (with the exception of Rule #4: chosen friend) have contained a rule. 1AmTheHelp3r also released rules to some 58 CaughtNotSleeping subscribers in August 2011, alerting them to the presence of his channel. The known rules are listed below. 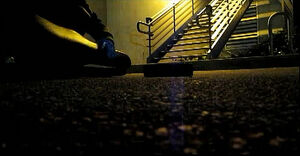 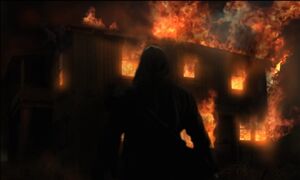 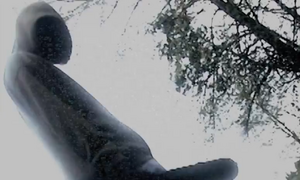 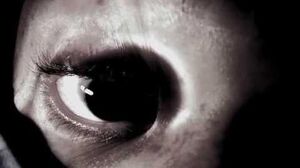 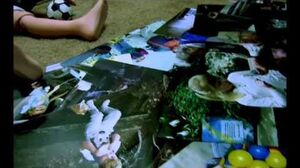