Apprentice of the 36th Dolan (formerly)

Kill Kaulder and avenge the murder of his sorcerous parents (succeeded).

Betray the Axe + Cross Order and the Witch Council for the Witch Queen (succeeded).
Finally reach his true destiny by becoming a full-fledged warlock and be among his own people (failed).
Serve in the Witch Queen's new reign over the Earth (failed).

The 37th Dolan, sometimes known only as "Dolan", is one of the secondary antagonists of the 2015 supernatural action film The Last Witch Hunter.

He is the apprentice of the former 36th Dolan and a former member of the Axe + Cross Order that battled against renegade covens of witches as well as individual dark magic wielders and strange creatures who would break the 800-year-old peace treaty between humans and spellcasters alike and threaten the safety of Earth.

He was portrayed by Elijah Wood, who also portrayed Kevin in Sin City.

The unnamed American 37th Dolan was but a five year-old boy when one night back in 1985, his house was set aflame by 2 witches who would be later slain by Kaulder at the same time the child's mother and father died in the fire. Kaulder wrapped him in blanket and kept him safe as they jumped from the 2nd story window. His body broke the fall. The boy would later be adopted by the Axe + Cross and raised as one of their clerics and the apprentice of Dolan the 36th.

Meeting Kaulder and Helping Him

as Kaulder arrived at St. Chrysostom’s Church, the Axe and Cross' place of worship and base of operations in New York. He met Dolan the 37th after the young man has been recently given the title "Dolan" during the 36th's funeral at the church and branded by the order's elders with their sect's iconic sigil. he would be the new Dolan who guide and care for the immortal Witch Hunter through twenty-first century. During their Kaulder and the 37th Dolan has been discovered traces of magic within the 36th Dolan's apartment at the St. Chrysostom mission center and deduce that the 36th Dolan was murdered by a witch. While tracking down the witch responsible, Kaulder finds traces of old dark magic, last seen before he killed the Witch Queen. Using both clues the 36th Dolan left behind the information by the blind merchant Max Schlesinger, they recently arrested the bloodthirsty shapeshifter Ellic who has been now sentenced to incarceration by the fabled Witch Council within the Witch Prison beneath Saint Chrysostom's Church. After discovering and crushing a small Plague Fly that came out of the 36th Dolan's stolen silver pen and tried to attack some of the Witch Council members, the two learned that the 36th Dolan is still alive but recently cursed by someone. Kaulder goes to a witch bar owned by the dreamwalker Chloe called Last Night in need of a memory potion to "remember his death" before the bar went under attack by a warlock.

After Kaulder rescued Chloe from a shadowy magic portal that nearly consumed her and brought her to his apartment, Dolan helped Kaulder to find the attacker's identity when searching his face and prints through the FBI database on Kaulder's computer. They both identified the assailant as the Finnish warlock Baltasar Ketola (better known as Belial) and they are seen as the next generation of renegade spellcasters that has been "given a chance" to destroy the world of man.

Back at St. Chrysostom’s, after Chloe's secret dreamwalking magic discovers the horrible truth behind his death, the angry Kaulder accuses the 37th Dolan of deceiving him, he tells him he would never be responsible for the disillusion of the Axe + Cross Order as traitors on his first day. He explains his oath that since the first Dolan kept hidden the Witch Queen's beating heart and refuses to kill his witch-hunting brother, this lie has kept as bay for 8 long centuries the sorcerous apocalypse that would have doomed Earth, and he and the rest of the Axe + Cross order feared that the Queen's heart was destroyed, Kaulder would lose his eternal life or died. The Last Witch Hunter shouts "That wasn't your choice to make!", the last words said by his old friend who felt the same the night he was attacked for he had planned to destroy the heart, to set him free. Kaulder reluctantly goes to fight one more battle, saying "at least the Axe and Cross still have their Weapon.".

After the death of the mad Belial and the sudden resurrection of the Witch Queen via the ritualistic sacrifice of Max Schlesinger, the 36th Dolan who has been finally freed from Belial's curse, encourages his dear old friend and ally to go and face the Witch Queen one last time for he has defeated her once and so he can defeat her again.

Kaulder along with Chloe now as his fellow witch hunter, drove back to Saint Chrysostom’s. They arrived outside the church where the 37th Dolan anticipates their arrival and now joins the fight with them. They enter the church and sees the order murdered and the building now infested with a new Plague Tree filled with growing Plague Fly cocoons before proceeding the underground court chamber, now ruined and filled with the slaughtered bodies of the Witch Council. They entered the infamous Witch Prison, where the Witch Queen plans to enact another plague curse using the minds of magical prisoners being kept there via the forbidden ancient psychic spell called The Chant. Kaulder kills the Sentinel that guards the prison and it's captives while Chloe kills Ellic in his mind to stop the Chant. And as Kaulder fights the Witch Queen, and appears close to killing her, that was until the 37th Dolan reveals himself a traitor with a grudge against Kaulder for killing the two conjurors. But he also then reveals he was born without magic, a mere man. Kaulder realizes the 37th Dolan is a witch, which the 37th Dolan confirms before shooting the now-mortalized Kaulder in the chest with his handgun, succeeding his vendetta. The Witch Queen than approaches the former 37th Dolan while Chloe is now under The Chant, he begs her to bestow him the gift of magic so he can finally fulfill his true destiny as a full-fledged warlock among his kind, but the Queen than kills the 37th Dolan for his mortality and his status as a human with her last words to him were "clay cannot be turned to gold".

While the 37th Dolan's saddened corpse was poisoned by the Witch Queen's swarms of Plague Flies and fell to the ground, she was killed by the reinvigorated Kaulder himself and ended her next nightmarish Black Plague before it can fully begin, but her heart again still remains unharmed and untouched. And as for the 37th Dolan, his body remains within the Witch Prison, a reminder of his ill-fated vendetta and his fall from grace. 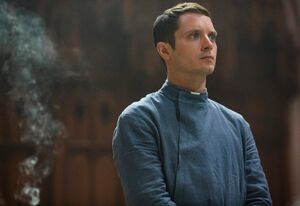 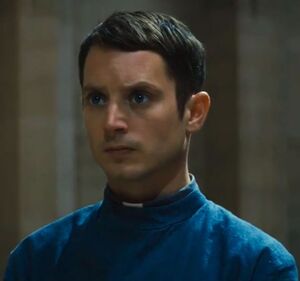 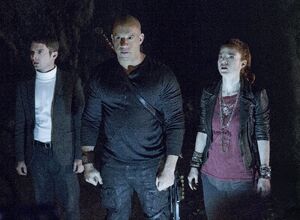 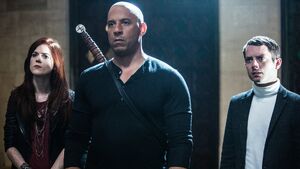 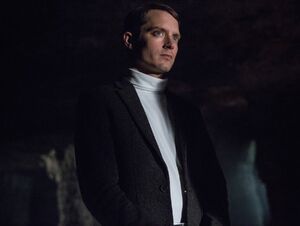 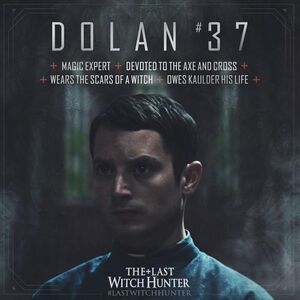 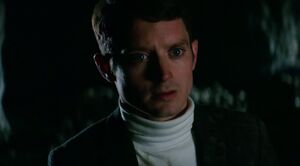