Kill beautiful blondes in an attempt to psychologically torment his foster mother (succeeded).
Erase suspicion off from him in order to continue killing again with someone else taking the blame for his 3XK killings (initially succeeded, but failed due to Richard Castle).
Orchestrate a new plan to erase his forensics evidence by having Castle "kill him" and then have his girlfriend Kelly Neiman alter his forensics data.
Use look-alikes of Javier and Lainey to destroy his forensics evidence.
Successfully establish an alibi for himself and his girlfriend so he cannot be blamed for orchestrating Beckett's kidnapping and having Castle arrested (all succeeded).
Outsmart and kill Castle as well as hand over Beckett to his girlfriend Kelly Neiman, for her surgical experimentation (failed).

3XK (real name: Jerry Tyson) was an obsessive, calculating sociopath and serial killer who serves as a personal antagonist and formidable adversary to Richard Castle.

He was portrayed by Michael Mosley.

Prior to Meeting Castle

Jerry Tyson was left in the White Plains with his father's then girlfriend, Gretchen Cutler, while he abandoned him. According to her, he was a narcissistic sociopath as a child and nothing she could have done would have turned him into a monster. After being abandoned at an uncaring foster care, he ends up being obsessed with killing look-alikes of his adoptive mom as a way of "getting back at her". This allowed him to fulfil his deep need to "kill her" over and over again.

However, despite his deep homicidal obsession regarding his adoptive mother, he leaves the victims looking peaceful. Castle theorized that he did have some love for her and therefore felt some guilt over killing lookalikes of her. He then became a serial killer and by 2006, he had claimed multiple lives by first inserting himself into their personal lives. After one lady tipped the police off about his suspicious nature, Jerry Tyson let himself get arrested for minor drug charges.

While in prison, he made connections with powerful criminals as well as met his girlfriend, the prison physician Kelly Neiman. He even arranged for his cellmate, Marcus Gates, to take the blame for the 3XK killings in exchange for financing a heart surgery Marcus's brother desperately needs. Marcus aggreed to this and began using Jerry's 3XK "Modus Operandi" to commit a series of similar murders and take the blame so that Jerry can walk away free and Marcus' brother can get his heart surgery.

When Marcus got out, he began orchestrating 3XK killings and allowed himself to get caught. While Marcus confesses to all of his recent 3XK killings, Castle and Ryan head over to Jerry Tyson to inform him of Marcus's attempt on Jerry's "girlfriend". Castle saw through Jerry's act and before he could react, Jerry captured them both and tied them up and confiscated Ryan's police issued firearm. Jerry then begins taunting Castle and Ryan, stating he has to now kill them both.

Castle begins psychologically analyzing Jerry and states he has figured out Jerry's deep seated matricidal tendencies are due to a traumatic childhood. Jerry, fascinated by Castle's response and psyche, replied that he too has figured out Castle has a deep seated fascination with the concept of murder as well as the mysteries and secrets it holds. Jerry decides to spare them both, but not before taunting them that his next killings are their fault.

After disappearing again, Jerry gave Detective Kevin Ryan's police issued firearm to frenemy from prison, Philip Lee, knowing the police will be able to track its ballistics to Ryan and throw the police into a wild goose chase. Castle was able to see through Philip's information on Jerry Tyson and refuses it.

After spending incalculable amounts of time researching Castle's loved ones, personal life, beliefs, interests and psychology, Jerry then enacts a plan to frame Castle for murder by planting his finger prints and forensics material at the killings. While Castle was in police holding cells, Jerry infiltrates the cells as a police officer and has a brief conversation with Castle before leaving. Jerry reveals to him that he plans to have Castle shipped off to a prison for the murders so that some of Jerry's associates will kill him, tormenting his family and allies forever on being unable to save him.

Castle was able to escape as a fugitive with the help of Beckett and her team in order to find evidence of Jerry's involvement. After Beckett's team proved to Captain Gates about Castle's innocence, they met up with Jerry at a bridge. He holds Beckett hostage, demanding for Castle to watch him kill her. Castle manages to shoot Jerry several times to his "death" as he fell off the bridge. With no body found, Castle later deduces that this is what Jerry wanted all along, to be publicly declared "deceased" so that he can be free to feed his homicidal urges.

After using surgical duplicates of Esposito and Dr. Laine to destroy his forensics samples and police profile, Jerry murders them using another serial killer proxy, Carl Matthews. After thorough investigation, Castle and the team deduced that Jerry Tyson was the true mastermind behind this. They also discovered that Kelly Neiman was not just a renowned plastic surgeon, she was also Jerry's long-term girlfriend and a co-conspirator in many of his plots and killings. However, the team were unable to provide evidence of these deductions.

Working with his girlfriend, Jerry begins "cultivating" victims who are explicit reflections of his foster mother. This allowed him to feed his dark matricidal impulses over and over again. Despite being apprehended by the police, they could not prove he is Jerry Tyson, with Jerry insisting he is a truck driver named Michael Boudreau and due to his "insecurities", he got plastic surgery from Dr. Kelly Neiman and due to that, he just happens to resemble the serial killer 3XK. Jerry and Neiman waited within the police station while their third associate, Amy Barrett, kidnapped Beckett after luring her to the ambush alone.

After leaving the precinct with Kelly Neiman, Jerry begins playing a series of mind games so he can inflicting psychological harm on Castle. He does this by having him nearly kill Jerry Tyson and get arrested for attempted murder as well as make Castle watch him violently kill a look-alike of Beckett, deeply traumatizing Castle. He was able to show Castle he can reach him anytime and anywhere by calling him from his house, sending Castle into a deeply paranoid state. Castle took precautions by having his mother and daughter flown away to a safe place with trusted associates.

After realizing Jerry's plan is about psychologically traumatizing Castle, Castle along with Esposito and Ryan orchestrate a counter-plan to trick Jerry Tyron into believing he has the upper hand and have him capture Castle. They do this by manipulating Marcus Gates into giving information about Jerry Tyson to them. Meanwhile, Kelly Neiman begins preparing to fulfil her desire to use her surgical skills to switch faces with Beckett so that Beckett would be the one hunted down wearing Neiman's face and forensics identity.

After capturing Castle and gloating of his apparent success and outsmarting Castle, Castle reveals that the abduction was a set-up so that Castle can outsmart Jerry by going in with an earpiece connecting him to Esposito who had taken up a vantage point. After giving the orders, Esposito shot Jerry just as Jerry turned towards the window. In his final moments, enraged at his defeat, he tries to kill the tied-up Castle but ends up collapsing on the floor and dies. Castle and Ryan were able to find Beckett, who had just momentarily rescued herself by catching Kelly Neiman off-guard and killing her with her surgical scalpel.

Jerry Tyson combined his incredible intellect, manipulative prowess, meticulous attention to planning and detail a swell as his own sheer determination to carry out his plots and killings. Jerry would originally target and research beautiful and young blonde women, learning everything about them and their routines in order to carry out his killings successfully. This combined with his abundance of resources, criminal associates and contingency plans, he would become a very successful serial killer without threat of being discovered by the authorities.

Jerry Tyson would kill three women in one week in order to satisfy his dark impulses for a time. He then spends the aftermath distancing himself from the killings and erasing any evidence leading back to him. After letting himself get caught for drug charges, he began making deals with proxies to act on his behalf so that he can disappear from the authorities' notice. After his death, the authorities determined that Jerry Tyson has killed at least more than twenty-six victims during his stint as 3XK. Jerry also showed some empathy such as leaving his victims in a peaceful state in a small act of self-repentance.

After his encounter with Castle, Jerry developed newer and stronger dark obsessions with Castle, with his own matricidal tendencies had now become secondary obsessions for him. He became obsessed with stalking and researching Castle in order to get inside his head and learn him. Jerry had also possessed a sense of self-awareness, as he was able to weaponize his obvious matricidal obsessions into a tactical move. He did this by using Amy Barrett, as a proxy in his plots, while the team believed her to be a potential target due to her appearance.

Jerry's primary modus operandi changed to making Castle and the team fall for the complexity of his plans to disappear from the public eye and be declared deceased by the authorities. It was then revealed by Jerry Tyson that now his true obsession is to psychologically break and traumatize Castle. He did this by asserting he can reach him within his home as well as have Castle watch Beckett get killed over and over again, using proxies who look like Beckett as bait. So far, Kelly Neiman is the only individual Jerry Tyson has considered and treated as a true ally, instead of a manipulated pawn or an expendable serial killing proxy. 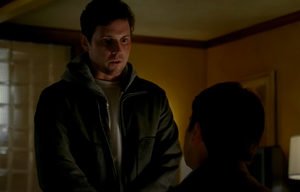 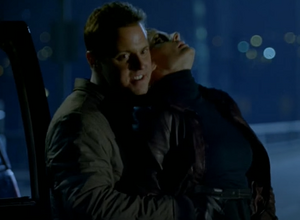 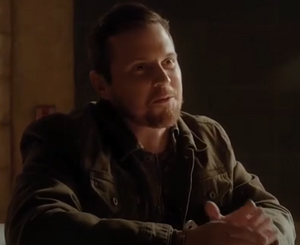 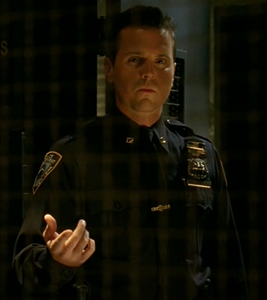 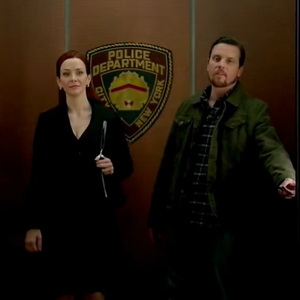 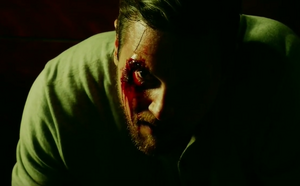