Enforce the will of Galactic Empire.

The 501st Legion (later informally known as Vader's Fist) is a prominent entity in the Star Wars universe. It was an elite unit of clone troopers commissioned by Supreme Chancellor Palpatine during the Clone Wars that later became a stormtrooper unit.

Made up of units like Torrent Company, the 501st fought in many battles, such as the Battle of Teth and the Battle of Coruscant, becoming one of the most well-known legions. In 19 BBY, the 501st became Darth Vader's personal unit as he led them during Operation: Knightfall, in which the clones helped take down the Jedi, whom they believed to be traitors to the Republic.

Following the rise of the Galactic Empire, the 501st transitioned into a stormtrooper unit, like other clone units. Given new armor and weapons, the 501st faithfully served the Empire, operating under the direct command of the Sith Lord Darth Vader. After the Uprising of Kamino, the 501st became the last remnant of the Grand Army of the Republic fully composed of Jango Fett clones, as opposed to the ever-growing and more diverse Stormtrooper Corps, where the Fett clones became a minority, with the inclusion of a pool of clones from different templates and birth-born recruits, while others were not clones, but humans from an Imperial academy.

The legion fought in a number of battles during the Galactic Civil War in an effort to defeat the Rebel Alliance and bring peace to the galaxy, However, at the Battle of Endor, the Rebel Alliance destroyed the second Death Star with Emperor Palpatine and Darth Vader onboard. The Empire, and the 501st, was in shambles. 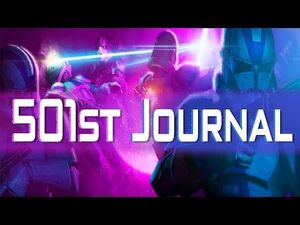 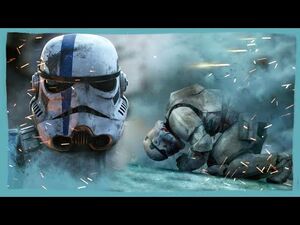 Retrieved from "https://villains.fandom.com/wiki/501st_Legion?oldid=4206737"
Community content is available under CC-BY-SA unless otherwise noted.