The 718 Division is an elite Special Forces unit of the Korean People's Army and is an antagonistic faction in Homefront. They are an elite military police force who patrol the territories occupied by Korea and seek to suppress any form of resistance against Communist Korean rule.

Prior to the game, the 718 Division was assigned to certain areas of American under Korean control such as  Montrose, Colorado to supress civilian uprisings. They quickly gained a reputation for their brutal tactics and cruel and sadistic behavior towards prisoners and civilians in general. One person recalled claiming that the "just as soon kill you as you look at them" recalling the Division's brutality against civilians. They also set fire to different parts of the country during Operation: Water Snake to put radiation into the air and made sure that the West Coast of the United States (the remannts of the country) were to be radiated and isolated from the rest of the country. In the year 2027 they abducted Robert Jacobs, a former helicopter pil and began to take him away to a "Re-Education" Camp up in Alaska when the American Resistance had rescued him. 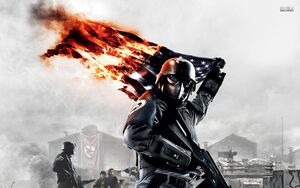 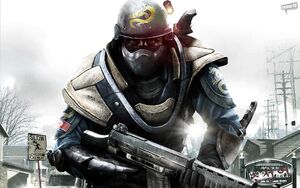 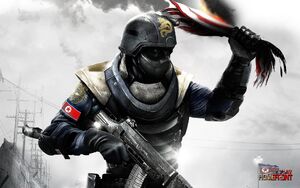 Up close shot of a 718 Trooper 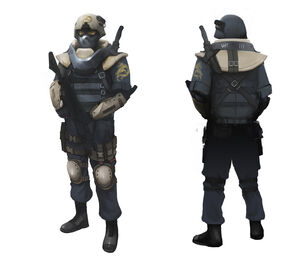 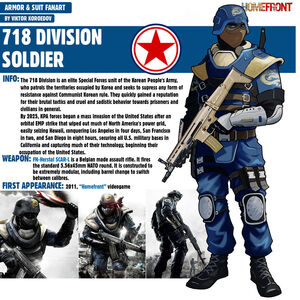