8 Ball is an antagonist of the Disney XD series Gravity Falls. He is an inter-dimensional criminal from an unknown dimension and one of Bill Cipher's friends.

He was voiced by Andy Merrill.

8 Ball is green, with a white chest and stomach, and has a muscular upper body. He has large ears, a prominent underbite and large teeth. 8 Ball's eyes are magic 8-balls which usually are pointed in different directions. The being has cuffs around its right wrist and ankle, with a small segment of broken chain dangling from them.

Eons before the events of the series, 8 Ball committed crimes before being called together by Bill Cipher, along with Keyhole, Amorphous Shape, Hectorgon, Kryptos, Xanthar, Paci-Fire, Pyronica, and Teeth.

In "Weirdmageddon Part 1", Bill introduces 8 Ball along with the rest of his friends to the residents of Gravity Falls. Afterwards, on Main Street, 8 Ball and the others watch Bill turn Ford into a golden statue and taunt Dipper before burning the journals, he offers 8 Ball and Teeth to eat Dipper as a reward. However, Dipper managed to get away from them. Later in the episode, after Time Baby and the Time Police are vaporized 8 Ball and Teeth approach Bill to warn him that Dipper is still roaming free, and might try to free Mabel from her bubble. However, Bill isn't too worried, as he has Gideon on the case, so the party carries on.

In "Weirdmageddon 2: Escape From Reality", 8 Ball and the rest of Bill's minions attempt to leave Gravity Falls and spread their chaos across the world, but are stopped by an invisible barrier which makes Bill consider getting Ford 'out of retirement'.

In "Weirdmageddon 3: Take Back The Falls", 8 Ball along with Bill's minions attacked the Shacktron during the giant monster fight. But was defeated by the Shacktron. He was sucked back to the nightmare realm following Bill's defeat along with the rest of the nightmares. 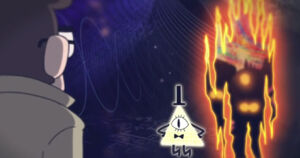 The two eyes in the middle 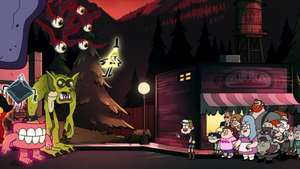 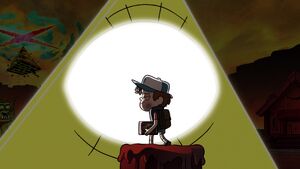 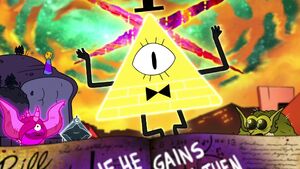 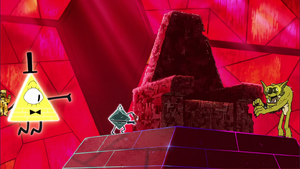 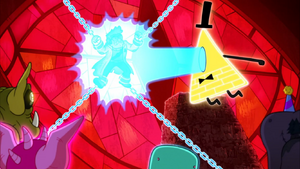 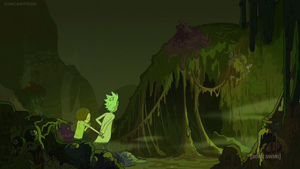