Escape the game into the real world (succeeded).

9 the Cat is a minor character in 2017 creepypasta VR game Duck Season. It appears as a clock on the wall in protagonist David's living room. However, upon further exploration into the game, as well a related game, Boneworks, which is revealed to be a sequel, it is revealed that the Cat is actually a malevolent entity that goes by the alias '9'. The Cat is supposedly set to be the primary antagonist of the next Stress Level Zero game.

Currently, virtually nothing is known about the Cat's origins, other than the fact that it is a cryptid from an alternate dimension known as the "Void", which appears to have technological features. One summer during the 80s, a boy named David is given a video game called Duck Season as a gift to him from his mother, however the cartridge appears to be cursed, as David is stalked by the mascot of the game.

It is later revealed that the cartridge is actually serving as a makeshift portal to the Void. 9 seems to know this, and manifests in David's living room as a clock on the wall, ominously watching him play the game. An easter egg reveals a message from a hidden character in Boneworks, named 'X'. 'X' explains that he is putting himself in danger by reaching out to David, but warns him that The Cat is dangerous, and to stay away from it.

After David solves a series of puzzles left for him by 9, a message appears on the ground in one of the hidden rooms, next to a cat clock, thanking David for assisting in his escape from the Void, and ensuring that other cryptids will soon follow, presumably to assist 9 in destroying humanity and replacing them with machines. 9 is not heard from again for the rest of the game, but shortly after the message was found (determinantely), another cryptid escapes the Void and murders David's mother before attacking David, implying that 9 was telling the truth. 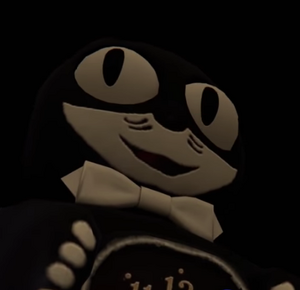 9 the Cat thanking David for (accidentally) freeing him from the Void. 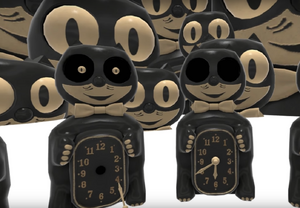 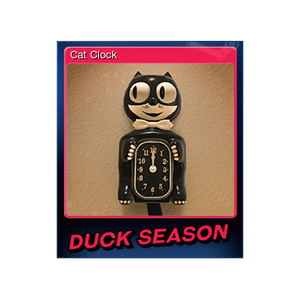 The Cat disguised as a clock. 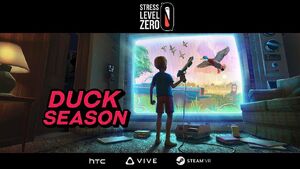