The entity of darkness

The Emperor of all evil
The destroyer of light and hope

The enemy of humanity

Spreading fear and paranoia.
Unleashing chaos.
Taking delight in horror.
Having hatred towards humanity.
Feeding the wickedness of humans.
Ruining the innocence of people.
Destroying the Creation of God.

Transform the world into Hell.

Have all life on Earth plunged into despair and chaos for all eternity.

A-Yanga is the name of the demonic entity that is the reincarnated evil, and the main antagonist of the 2013 Brazilian animated film Rio 2096: A Story of Love and Fury. It is the detrimental thing that lead the mankind to destruction since the beginning of the creation of the universe.

A-Yanga is known as the greatest enemy of humanity and also the responsible thing for all of the evils and atrocities committed by humans in history since the creation of the universe. A-Yanga is the presence of evil that formed in the humans in the creation of Eden, he was born with the purpose of bringing the worst for humans, A-Yanga feed the evils of human around the whole story and also the author who committed every crime committed by mankind, until the present day the Yanga-fed lives of human wickedness everywhere in the world in order to have strength enough to throw the whole world into hell for eternity.

It was the day that became known as the day Brazil was discovered by marine fleets of Pedro Alvarés Cabral, A-Yanga had only the power to travel the world entering the wickedness of humans, entering into the soul of the human being and corrupting it, this is how A-Yanga arrived in South America; through the evil that the Portuguese come along with their souls, bringing direct A-Yanga to one of the only places in the world that was free from wickedness of A-Yanga.

When the Portuguese, the Dutch, and the Spaniards arrived in Brazil with their interests, they also brought the evils with them, and thus began the evil in Brazil, invasions, murders, wars, theft, battles, trafficking, slavery, and everything that went wrong in Brazil was caused by the presence of A-Yanga, and so the prophecy came true, humans were beginning to be led their own destruction.

Known as the year of the independence of Brazil and signed the treaty of Rio de Janeiro and also the year that the people appeared in Pernambuco who fought against the Brazilian Empire that threw workers in misery, poverty, starting corruption, abuse of authority and also the beginning of false stories, for decades farmers and workers fought for their rights and died trying to get good living conditions, however, the story in today is very different in the books, they became known in history as the scum of the Brazilian people and also thugs who spread chaos and destroying the public order, so A-Yanga grew stronger with the evil that was spreading rapidly to the long centuries of humanity.

Was marked as the decade of military dictatorship in Brazil, it was the years 1967 until 1985, the dictatorship was a coup caused by the military, making the military assumed power of politics throughout Brazil, from there the people lived in misery, hunger, misery, and anyone who was against military oppression was tortured and killed, sometimes not even the bodies were found and were never found until this day. This epoch has brought much harm to innocent and A-Yanga increased its strength with the evil that unimaginably grew after World War II, especially the cruelty done by the Nazis in Germany and the Holocaust. A-Yanga was the real responsible for the Holocaust, the First and Second World War and responsible for the death of billions until the present day, evil and corruption grew very fast to the centuries long, A-Yanga was about to soon throw the into a hellish spiral of mayhem and despair that will last eternity if left unopposed.

596 years later in 2096, the last was that the film is located, now is the future, where all the basic technology, such as famous scientific film. Formerly, Rio de Janeiro was considered one of the most dangerous cities on the planet, however, after centuries, the government has extended a new organization that was responsible for the crime of oppressing abruptly and violently, as had been said by the leader of the tribe Tanbinamba, all water in the world had already finished, now the world followed the destruction after the large amount of pollution and the greenhouse effect also increased brutally.

The water now considered the world's most expensive thing being sold by the company Aquabras the price of gold, because of this, the world has focused more on the people of high class and wealth, leaving the poor to die of thirst, making them drink the water of the sea contaminated with industrial waste, a-Yanga was increasingly close to lead humanity to the total destruction, making people kill themselves using the survival instinct of them. Despite the final battle have occurred at the skyscraper of Aquabras, no one knows what happened to A-Yanga, however, this well confirmed that A-Yanga still alive, spreading chaos throughout the world for eternity without any chance of being won. 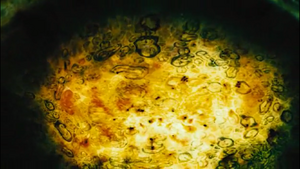 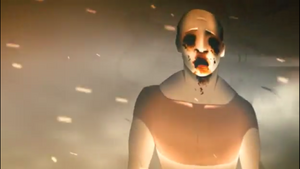 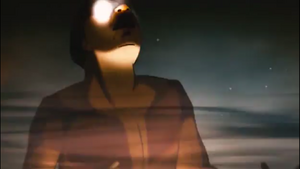 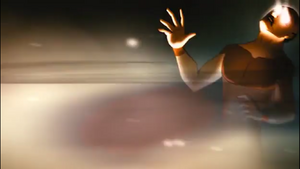 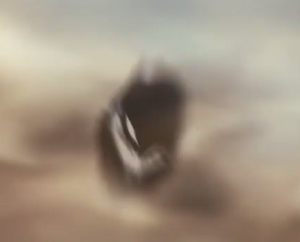 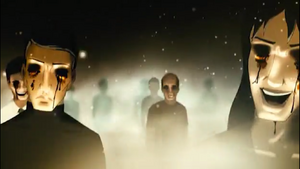 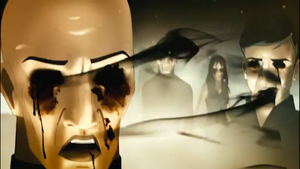 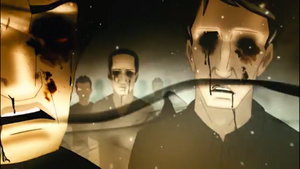 Add a photo to this gallery
Retrieved from "https://villains.fandom.com/wiki/A-Yanga?oldid=3221412"
Community content is available under CC-BY-SA unless otherwise noted.