Make money off of pimping and to make everyone correctly referred to him only as "A Pimp Named Slickback".

A Pimp Named Slickback as he calls himself, is a recurring character from The Boondocks. He is a pimp who gets easily irritated when someone calls him "Slickback" for short, demanding to be addressed by his complete self-professed name, saying "It's like A Tribe Called Quest, you say the whole thing.".

He is voiced by Katt Williams.

He is Crystal's pimp who makes his appearance in "Guess Hoe's Coming to Dinner" when Robert "Grandad" Freeman comes face to face with him. Grandad finally realizes that Crystal whom Grandad had been dating is no more than a mere hooker. Annoyed by Crystal's request to have a minute with Grandad, A Pimp Named Slickback prays "The Pimp's Prayer" and prepares to smack her, but Grandad whips his belt around his hand, stopping him from hitting her. A Pimp Named Slickback gives Crystal a minute to discuss things with Grandad before leaving, with Crystal running after him.

He later appears in another episode in which he was hired and paid by Grandad to help Tom become a man and standing up to Sarah, who Tom fears has left him for Usher. When Tom stands up to and assaults Usher, his bodyguards attack Tom as A Pimp Named Slickback and his hooker leave. 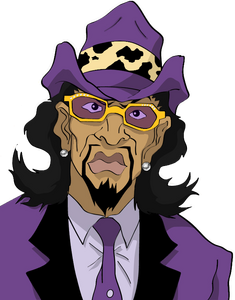 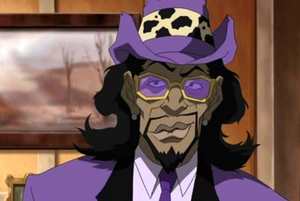 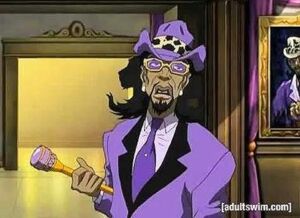