To betray the Division by going rogue.

He was the "prodigal son" of the Strategic Homeland Division and the leading agent of the First Wave Division Agents when they were first deployed to secure New York City from the large scale Rikers attacks. Due to his self perceived impotence of the governing bodies, he became the leader of the Wave of Rogue Agents in New York and Washington D.C.

Information on Keener given in the game indicates that Keener considers himself of a higher intelligence than anyone else around him, and that he used his intelligence to make his living as a futures trader. He was chosen to become part of the Strategic Homeland Division for this very reason, as Keener's sharp intellect and action-oriented nature would be vital traits in the event of a mass catastrophe on US soil.

Aaron attended The Citadel, a Military College of South Carolina, before serving in the military. He served on a tour of duty at Camp Lemonnier in Djibouti and has a mild reputation as a "Fobbit", which is a soldier who spends most of his service away from the front line and serving sentry duty at Forward Operating Bases in the battlefield.

Keener is noted to combine his military experience and his extensive decision-making expertise to achieve extensive success in the private sector. Upon leaving the military, Keener took up a job on Wall Street as a successful futures trader. Aaron Keener has been labelled to be adaptable and very confident, where he always assumes that he is going to come out on top. This makes him borderline arrogant.

Aaron Keener has been divorced twice, and he maintains friendly relationships with both of his ex-wives. One of them has even described Aaron Keener as too much work to keep up with.

Aaron Keener has a very privileged upbringing and has never faced real adversity during his youth. However, he has been able to always overcome any obstacle in his life through a combination of his indomitable willpower and advanced intelligence. Keener also has a personable character and can come off as highly relatable and is extremely charismatic, enabling him to get others to work together to achieve his goals.

All the above mentioned traits, combined with his intelligence, personable character and his military expertise as well as his high adaptability; had made Aaron Keener a noteworthy candidate for the Strategic Homeland Division, with them labelling him as a "potentially prototypical candidate" for joining the Division.

During the initial outbreak of the Dollar Flu on New York City, Aaron Keener was activated with the First Wave of Division agents in order to try to restore order to the city. The issue was that the First Wave wasn't enough to curb the outbreak of violence, looting, and killing that would become New York during the initial weeks of the outbreak. While at first only forced to contend with various groups of rioters, the situation took a drastic turn when a majority of the inmates of the Rikers Island correctional facility managed to secure a barge and escape into Manhattan coupled with the formation of what became known as "The Dark Zone", an area of central Manhattan that the government had deemed out of their hands and sealed from the city.

It was from the Dark Zone that Keener had rescued a group of civilians. As he was attempting to lead them to safety, Keener was ambushed by a group of Rikers inmates. Sheltering the civilians inside an abandoned apartment building, Keener desperately tried to radio to the nearest friendly forces for backup and evacuation for the civilians. When the friendlies replied they couldn't afford to spare any forces for the pickup, a Riker Molotov cocktail crashed through the window and into the apartment. Keener was the only survivor.

Shaken by what had happened, Keener became a ghost in the crumbling city. The First Wave of the Division agents vanished while the city was overrun by what soon became the forces of the Rioters, Rikers, Cleaners, and the Last Man Battalion.

When the Second Wave was activated, Manhattan was only barely held by the Federal Joint Task Force. Rioters were overrunning Brooklyn, and the JTF had suffered enormous casualties both from the Dollar Flu and from opposing forces. Holding Brooklyn and moving into Manhattan, the Second Wave was soon confronted with evidence that the majority of First Wave agents had been killed by the various factions trying to control Manhattan.

It was during a Division raid on the New York Police Academy that the truth was found. The First Wave hadn't been wiped out. It had simply found a new force to follow. At Keener's urging and his deal with Lt. Colonel Bliss, multiple First Wave agents fell in with the Last Man Battalion in East Manhattan and hunted down their remaining First Wave comrades. While the discovery sent shock waves through the Second Wave and JTF, Keener was focused on ensuring he was part of the superior force in Manhattan. Through with government oversight and the Federal government's refusal to do what he felt was "necessary", Keener found that the Last Man Battalion's ideals of peace at any cost meshed far more effectively with his worldview.

Commanding his turned First Wave agents to gather anything of value related to the Dollar Flu and to combat the efforts of the Second Wave in New York City, Keener realized the power at his disposal when he managed to gain control of the protein "printer" used by Gordon Amherst to create the Dollar Flu, and the unwilling services of Dr. Vitaly Tchernenko. By the time the Second Wave agents regain control of the neighborhoods of Manhattan and eliminate the LMB as an effective force, Keener is gone.

His fate is currently unknown.

Aaron Keener is a man whose trauma which he received in the Dark Zone in Manhattan had turned him into a delusional clinical sociopath. Able to easily manipulate those around him into doing what he wants them and always preferring to be on the most successful side of a situation. His desertion of the Division, followed by leaving the LMB to be destroyed, show that Keener is only loyal to his own ambitions. This is exemplified in one of the game's ECHO logs in the United Nations building, where the footage shows Keener eliminating members of the LMB and ordering two rogue agents to remain behind to stall the player long enough to allow Keener to escape New York's quarantine zone and take Tchernenko with him.

He is also willing to try to manipulate the same agent who has been hounding him across New York City. In the final ECHO log involving Keener, he mentions that the agent is as efficient and willing to do what is necessary as Keener, and that if the agent is so willing, then perhaps they would be willing to join with Keener. 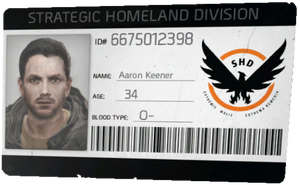 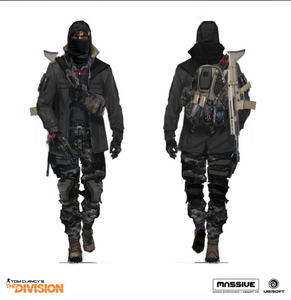 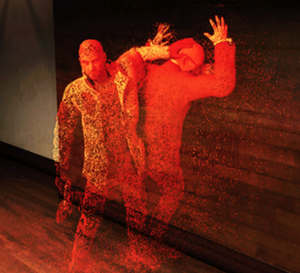 Retrieved from "https://villains.fandom.com/wiki/Aaron_Keener?oldid=3323797"
Community content is available under CC-BY-SA unless otherwise noted.