Keeper of the Bottomless Pit

Torture his victims for eternity.

Cause disasters upon the earth and its inhabitants.

Abaddon is a powerful angelic demon of Christian tradition who is also known by his alternative name of "Apollyon". He is described as the "great destroyer" or "place of destruction", and has come to be described by some scholars as a living embodiment of the medieval belief of an everlasting Hell.

In the Bible's Book of Revelation's chapters, Abaddon (also a name for the place) is said to be released from the Bottomless Pit, which is a passageway to or another name for Hell, to command his army of demonic locusts to torment humanity who were still alive during the Great Tribulation, which will occur during the end times.

Abaddon and his demonic army of locusts were forbidden to harm any plant or kill any human, but their stings will drive their human victims to commit suicide, but their nerves will be numbed down by their stings, making them unable to kill themselves.

It is also stated that Apollyon will seal the Antichrist itself at his endless abyss. 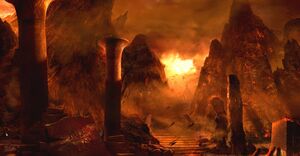 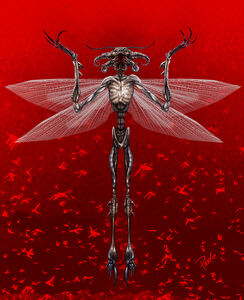 An artwork of Abaddon as a skeletal locust-like demon. 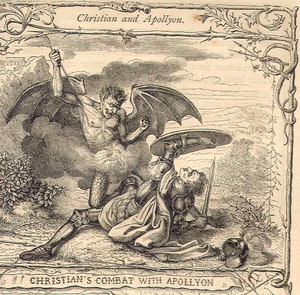