Abigail is the penultimate boss from Final Fight. He is a member of the Mad Gear Gang, and is one of Belger's lieutenants.

Ever since a kid, Abigail was bullied by others because of his girlie name. Even though he had always been bulky, he was taught to not solve things with violence, which led him to become withdrawn. With very little friends and starting to despise his parents, Abigail ran away from home. On the streets, he was picked on by thugs, who started to beat him up. Filled by an uncontrollable rage, Abigail snapped out and beat up every single one of his aggressors, who panicked and ran away. Word of the incident soon reached the Mad Gear, who offered him a place among their top enforcers. Abigail willingly accepted the offer, having finally found a group which accepted him.

He was put in charge of the city's Bay Area by his boss Belger. When Mike Haggar's daughter Jessica was kidnapped by Mad Gear, Guy and Cody decided to take a shortcut through the Bay Area on their way to Belger's penthouse. Shortly after, both of them encounter Abigail. Cody decided to save Jessica from Belger, which left Guy to deal with Abigail alone. After a long and difficult fight, Guy was able to defeat Abigail.

Abigail returns as a playable character in Street Fighter V, where it is revealed he took on a job as a car mechanic after mad Gear's demise, taking a few former Mad Gear members along with him, such as J, Axl and Roxy. However, he still has the same short-temper issues, acting childish and throwing tantrums over small stuff. On his story arc, he starts crying after not finding his car, leading him to confront a few of the game's characters. As it turned out, however, his subordinates had just borrowed it to go shopping, which he had allowed but forgot. 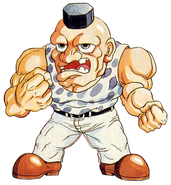 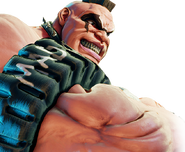 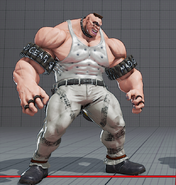 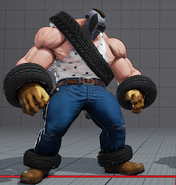 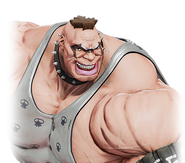 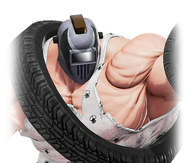 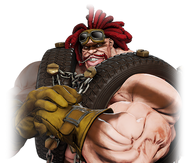 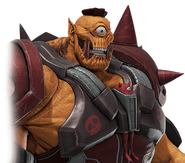 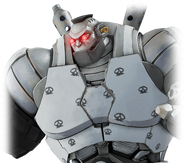 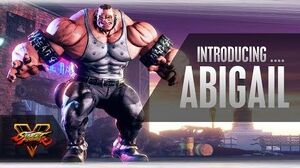 Retrieved from "https://villains.fandom.com/wiki/Abigail_(Final_Fight)?oldid=3984262"
Community content is available under CC-BY-SA unless otherwise noted.