Villains Wiki
Register
Don't have an account?
Sign In
Advertisement
in: Monsters, Movie Villains, Guardians of the Galaxy Villains,
and 28 more
English

Consume the batteries of the Sovereign (failed).

Invading the Sovereign Planet for its batteries

The Abilisk is the opening antagonist of the 2017 Marvel film Guardians of the Galaxy Vol. 2. It is an inter-dimenisional monster that feeds on the power sources of the Sovereign planet until it was slayed by the Guardians.

According to the High Priestess Ayesha, the Abilisk appeared to the planet to feed on the planet's batteries, so she hired the Guardians to kill the Abilisk in exchange for delivering the wanted criminal Nebula to them.

As part of their plan, the Guardians set up a trap for the Abilisk by awaiting for its return to feed more on the batteries. Despite a lengthy fight, the Abilisk was way too strong for the Guardians to easily kill, even easily swallowing Drax due to his foolish attempt to cut it on the inside, much to the other Guardians' annoyance.

Eventually, Starlord spotted a cut on the Abilisk's neck, deducing it as a weak point. To that end, he and Rocket use their jet packs to make the Abilisk look up into the sky, allowing Gamora to draw her sword and drove it into the cut, cutting the creature's neck open and setting Drax free. The Abilisk collapsed to the floor, succumbing to its death, much to the Guardians' delight. 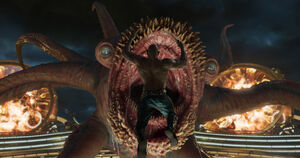 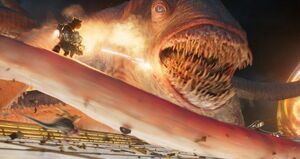 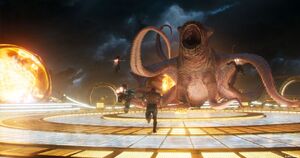 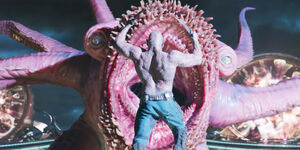 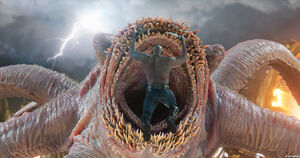 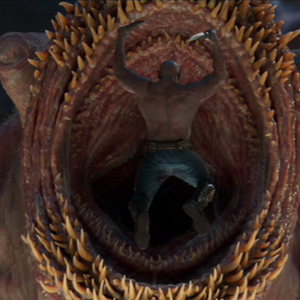 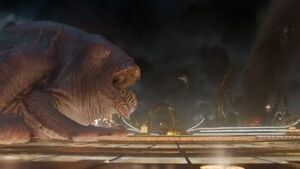 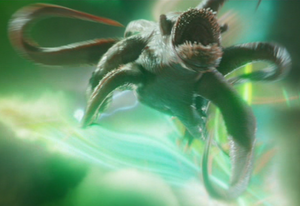 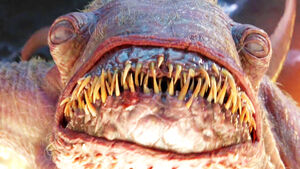