NOTE: This article is about the incarnation of Abomination from the Marvel Cinematic film series. The mainstream version can be found here: Abomination (Marvel).

Ace
Monster
Something Big
The Hulk (mistakenly; by soldiers)
The Other One

Trying to kill the Hulk.

Gain more power in order to be able to become the most powerful warrior on Earth and kill anyone who stands in his path (both failed).

Emil Blonsky, also better known as the Abomination, is the main antagonist of the 2008 Marvel film The Incredible Hulk and will return in some capacity in the upcoming Disney+ television series She-Hulk.

He was a Russian-born English-raised soldier loaned to SOCOM by the Royal Marines and tasked by Thunderbolt Ross to capture Bruce Banner. After being given a dosage of the recreated Super Soldier Serum and seeing Banner's powers as the Hulk, he became power-hungry and gained a dosage of Banner's blood and became a deformed but formidable monster, wanting to prove himself as the greatest fighter on Earth.

He was portrayed by Tim Roth, who also played Pete Hicox in The Hateful Eight, Archibald Cunningham in Rob Roy, George Wallace in Selma and General Thade in Tim Burton's 2001 Planet of the Apes film.

In the movie, Emil Blonsky was a Captain in the British Royal Marines and was on loan to the Strategic Operations Command Center. He later helps General Ross track down Bruce Banner / the Hulk. When he first saw the power that the Hulk possessed, Blonsky became obsessed. He started off by getting an injection that would grant heightened agility and accelerated healing factor. After the Hulk hospitalized Blonsky, Blonsky wanted more of the injections. After Blonsky encounters Banner, he knocks him out due to him getting tranquilized. General Ross then arrested Banner, but Blonsky stayed to "interrogate" Samuel Sterns after killing Kathleen Sparr. Blonsky realized that Sterns extracted some of the Hulk's blood, and wants it so he can become stronger than the Hulk. Sterns reluctantly accepts and injects the blood into Blonsky. Blonsky then transforms in the Abomination, knocks Sterns out, and attacks the city, killing many more of Ross' soldiers and several citizens. General Ross releases Banner so he can fight the Abomination. After a long fight, Hulk manage to defeat the Abomination. Hulk was intending to kill the Abomination by strangling him to death with a chain, but Betty stops him. The Abomination was presumably sent to a special prison under Tony Stark's care.

As a Super-Soldier, Blonsky had low-levels of superhuman strength, speed, and stamina. His increased metabolism was also able to heal catastrophic injuries within a day or less. He also had advanced hand-to-hand combat and military strategic skills.

As the Abomination, Blonsky has superhuman strength, agility, and speed all of which surpass the Hulk's as was able to toss the Hulk several blocks multiple times and he kept the upper hand through most of their fight. However, unlike Hulk his abilities do not increase as he becomes angrier. He also has incredible durability, being able to take fires, explosions, bullets, Hulk's melee attacks, and even be crushed by a helicopter without any noticeable injuries. This in combination with his immense physical strength makes the Abomination a formidable opponent that even the Hulk struggled to keep up against. He also has a remarkable regenerative healing factor, which regenerates tissue and bones at high-speeds. This regenerative factor combined with his high durability makes him nearly immortal.

The Abomination's only weak point seems to be that he still needs to breathe oxygen like any other human, as the Hulk could only defeat him by strangling him with a chain until he nearly died of asphyxiation.

Unlike Banner, who struggled with his monstrous, but heroic, alter-ego, there was no struggle between Blonsky and Abomination, nor was there enough of a difference between the two to make Abomination his alter-ego. Blonsky proved to already be capable of sadistic tendencies before his operation by Ross and his men, tranquilizing Bruce's dog for barking at him and perfectly willing to take down the Hulk despite the obvious advantage of the latter. The novelization by Peter David goes deeper into Blonsky's motivation-revealing that he wishes to gain the power of life and death over people weaker than he was. When the Hulk arrives to fight Abomination during his rampage in the city, Abomination is proud to take down "a real fight"-showing sadistic delight in doing so, and even attempting to force Hulk to watch his love, Betty Ross, die in an exploding helicopter.

Blonsky in his human form, few moments before transforming into the Abomination.

The many forms of the Abomination, including the human form of Blonsky. 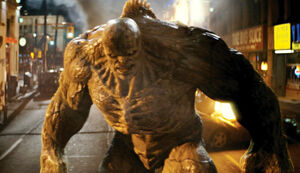 Abomination confronting the Hulk on Harlem. 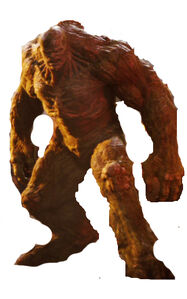 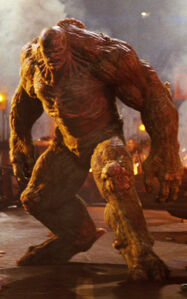 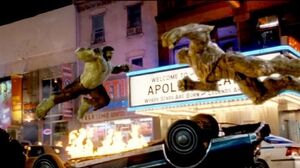 The Hulk's and The Abomination's duel in Harlem. 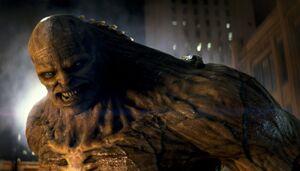 A close-up of the Abomination.
Add a photo to this gallery 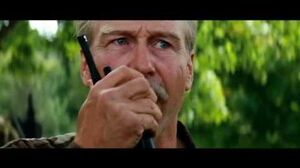 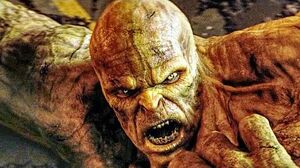 Retrieved from "https://villains.fandom.com/wiki/Abomination_(Marvel_Cinematic_Universe)?oldid=4094123"
Community content is available under CC-BY-SA unless otherwise noted.