Abracadabra is the main antagonist of the book The Story of Holly and Ivy, and its animated film adaptation The Wish That Changed Christmas. He is a stuffed owl who antagonizes the doll Holly and the other toys in Mr. Blossom's toy store.

In the film, he was voiced by the late Jonathan Winters.

He is first introduced sitting next to the beautiful doll, Holly in Mr. Blossom's toy store. He enjoys taunting her for wishing to belong to a child and to be loved. The other toys in the store are afraid of him because of his nasty attitude and he is said to have strange powers.

Abracadabra is certain that when Christmas is over, nobody will want to buy Holly and she will spend the rest of the year in the back room with him.

On Christmas morning, the boy who works at the store, Peter, returns to the store having lost the key. The orphan girl, Ivy, returns it since she found it the previous night. Peter checks the store and finds it the way it was left last night. To thank Ivy for saving his job, Peter decides to give Holly to her as a gift.

Furious about Holly's wish coming true, Abracadabra hurls himself at Peter and attacks him. Peter is able to fling Abracadabra into a nearby garbage can and close the lid. (In the animated film, Abracadabra ends up in a barrel, Peter comments "weird" then closes the lid). Not shown in the animated film, when Mr. Blossom goes to retrieve Abracadabra from the garbage, the owl mysteriously disappeared. Implying that he might have had strange powers after all. 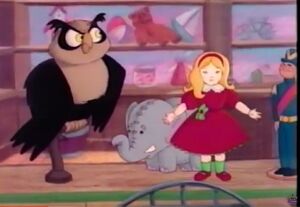 Abracadabra with Holly and the other toys. 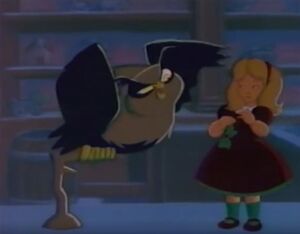 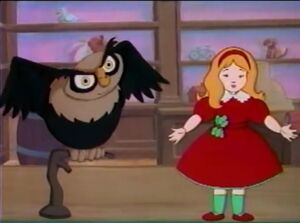 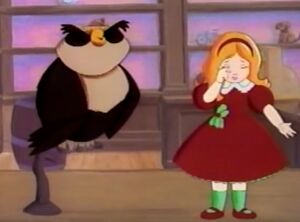 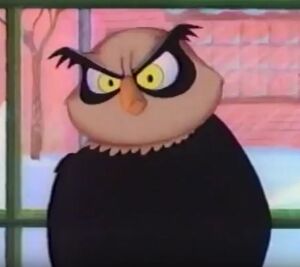 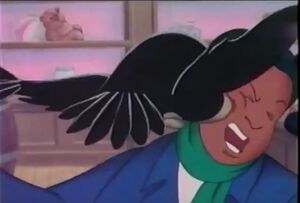 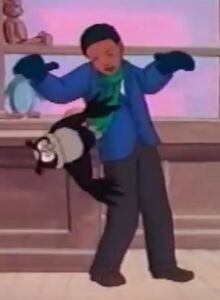 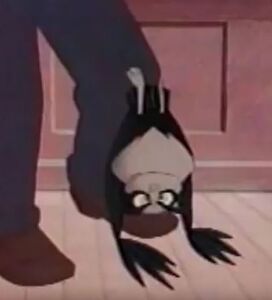 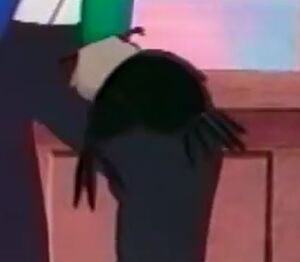 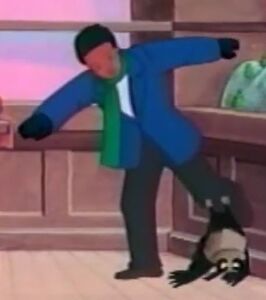 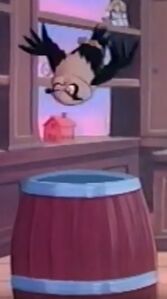 Peter finally kicking Abracadabra off, making him fall into a barrel. 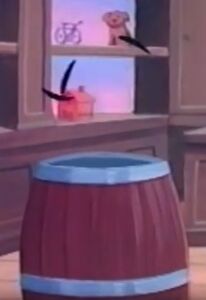