the most rocking wizard in the world

Freeing himself of his captivity and get his powers back (succeeded)

Abraxus Rockerzahn was a villain of the Austrian TV-show "Tom Turbo", however, he was redeemed in his second appearance. He is apparantely an old rival of the magic duo Alexa and the Witcher.

Quest for the Silver Wolves

Abraxus first appears when trying to find out where exactly two magic wolf statues known as the Silver Wolves will appear. He plans to use them to gain more power as during their appearance, the wolf statues create a magic beam between them which grands werewolf powers to anyone who walks through. Abraxus notices a crystal trap in the grass, realizing that some fellow wizards try to trick him. When meeting a man who's looking for his daughter, who was caught in the trap set for Abraxus, he lures him into the trap as well.

Later, when Tom's old enemies, the Witcher and Alexa, who set the traps to get rid of Abraxus so they can take the werewolf powers themselves, Abaraxus uses his magic to render them immobile and waits for the statues to appear. Tom Turbo distracts him by putting a lamp into a tree, making Abraxus believe that the statues are over there. While he walks towards it, the Witcher and Alexa notice that his spell wears off. When the actual wolf appears, Abraxus, after realizing that he's been tricked, rushes towards them, but now he himself is rendered immobile by Alexa, who remarks that this won't work for long. When the Witcher and Alexa are defeated by Tom and the wolf statues diappear without any of the three wizards walking through, Abraxus, who is able to move again, teleports away.

Prisoner of the Witcher and Alexa

Abraxus is later seen one more time as a prisoner of the Witcher and Alexa, who trapped him in the cellar of a boarding school where they are the only staff members (Alexa as a teacher and the Witcher as the headmaster), stealing his power channeling it to the students to increase their own magic. Abraxus is able to free himself at one occassion and teleports the school to Africa. Raging, the Witcher storms into the cellar and locks him up again, causing the school to go back to Austria.

After one of the students, Daniel, asked Tom for help, the two find out about the headmaster and the teacher being the Witcher and Alexa. They later find Abraxus in the cellar, trapped in a magic circle. After freeing him, Tom and Daniel run upstairs again. The Witcher uses his magic to make the portrait of a soldier come to life, however Tom is able to defeat him. Abraxus takes his power back from the children and they escape the school, leaving Alexa blaming the Witcher. Before parting ways, Abraxus grands Daniel the ability to use one magic spell. He later uses it to mess up his sisters' hair.

Being referred to as "the most rocking wizard in the world" by the Witcher, Abraxus tends to use gestures of a Rock 'n Roll singer, like pretending to play the electric guitar. He also tends to use "cool" words, like calling Tom Turbo "scooty".

He is looking down at the Witcher and Alexa, believing that he has more power than both of them.

In his first appearance, he is shown to be deceptive, luring a man looking for his daughter, who was caught in a magic trap set for Abraxus himself, into this very trap, careless about others being caught in a trap meant for him.

In his second appearance, however he shows a far more friendly personality. Despite his actions in his first appearance, Tom's boss Thomas describes him as "not dangerous, more like, cool.". In the end, he also shows as sense of honour as giving Daniel a part of his magic power as thanks. 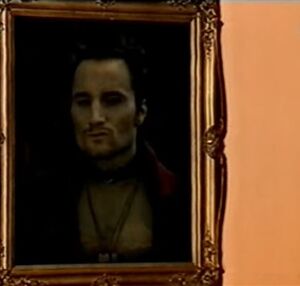 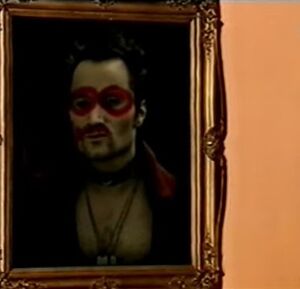 ... and after Alexa messed it up 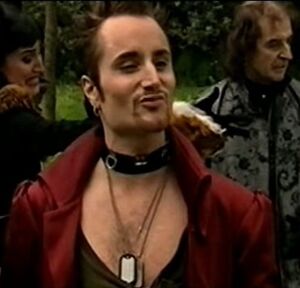 Abraxus after putting an immobilization spell on Alexa and the Witcher 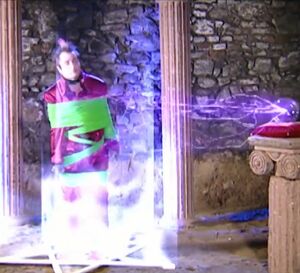 Abraxus as a prisoner of Alexa and the Witcher 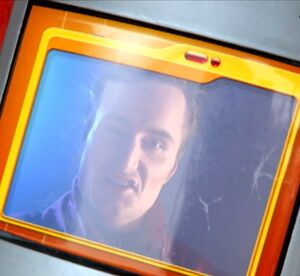 Abraxus Rockerzahn's last message, telling Daniel that he grands him one magic spell for freeing him