Absorbing the physical properties of matter or energy by touch

Carl "Crusher" Creel, also known as Absorbing Man, is a supervillain from Marvel Comics. He is a man with the ability to absorb the physical properties of any material he touches and shapeshift into differnt forms.

Carl "Crusher" Creel was a former heavy weight boxer turned criminal who was chosen by Loki to drink an Asgardian potion that gave him the uncanny power to absorb any substance into his own body by touching it. He was sent to battle Thor, but was defeated by overreaching his power by trying to absorb the entire earth and instead exploded. However, because of his unique his powers, Creel was not truly dead and Loki magically reassembled his body. Since then he has battled Thor many times, as well as the Hulk and other superheroes. He also joined the Masters of Evil at one point.

Sometime later, Loki enlisted the Absorbing Man as an ally in an attempt to overthrow Odin but was banished into outer space by the All Father. During the first Secret War staged by the Beyonder, Creel met another supervillain Titania II and together they served in Baron Zemo's army when their team took control of the Avenger Mansion. Creel and Titania became partners in crime and eventually married but have since divorced and the Absorbing Man returned to his criminal career.

Absorbing Man can transform his body into any substance he touches, including stone, metal, brick, concrete, earth, and even more unstable substances like water, light, and electricity. He also carries a ball-and-chain that was attached to him during the transformation which he uses as a weapon, that can also absorb the same substance as himself. 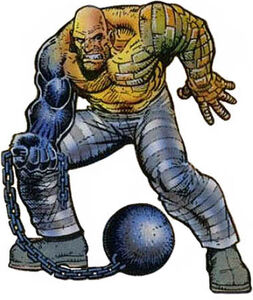 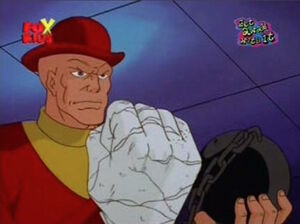 Absorbing Man in The Incredible Hulk. 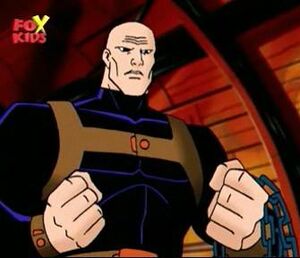 Absorbing Man in The Avengers: United They Stand. 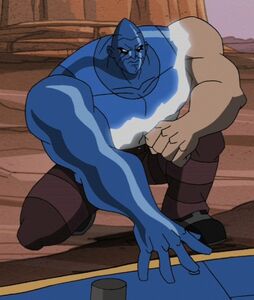 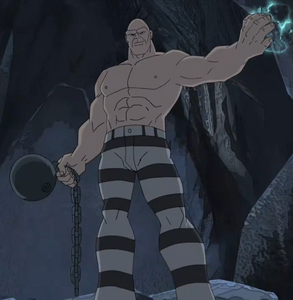 Absorbing Man in Hulk and the Agents of S.M.A.S.H.. 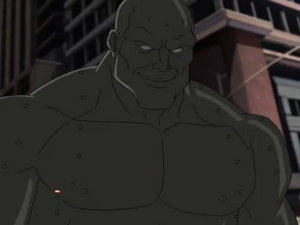 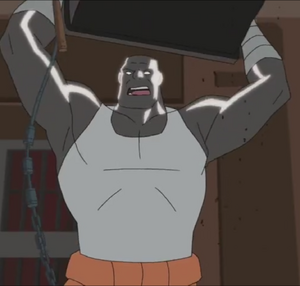 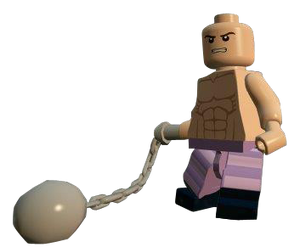 Absorbing Man in LEGO Marvel Super Heroes 2.
Add a photo to this gallery

Retrieved from "https://villains.fandom.com/wiki/Absorbing_Man?oldid=2826703"
Community content is available under CC-BY-SA unless otherwise noted.