Provide information and resources for their Templar masters.

Abstergo Industries is a prominent corporate entity and the central antagonistic faction of the Assassin's Creed video game series.

It is one of the largest and most prominent multinational corporations of the modern era, serving as the primary front for the Templar Order. Outwardly labeled as a pharmaceutical development company, Abstergo Industries, or its predecessors, had been responsible for the majority of human technological development for the past millennia.

Despite genuinely contributing to the technological development of society, Abstergo Industries' primary mission, as dictated by its Templar members, "[was] the destruction of the Assassin Order, the procurement of advanced technologies originally created by the First Civilization, and establishing a New World Order".

As of the year 2012, Abstergo Industries had come under investigation by the United States government for the "New Fluoride" experiment and was due to have its accounts frozen, prompting the company to hasten their planned Eye-Abstergo satellite launch.

In 2013, Abstergo Entertainment, the company's movie/video-game-developing branch, brought a research analyst to them to research Edward Kenway, Haytham's father, and find "the Observatory", while also developing a film about Edward. The Assassin Sage John worked as the IT department's head, seeking to bring the First Civilization villain Juno to Earth in physical form (she was released from the Grand Temple prison she was in at the end of Assassin's Creed III), but was shot to death by Abstergo security guards before that could happen.

In 2014, Abstergo Entertainment's research analyst was told to research the life of the Assassin-turned-Templar Shay Cormac as a means of seeing the Assassin-Templar War from a Templar's perspective and would be brought to the Order when it was finished. During this time, a computer virus planted in Shay's genetic memories triggered, infecting all of Abstergo Entertainment's computers and led to the Templar Otso Berg to come and hire the resaerch analyst to research Shay while also fixing the building's computers.

During that time, an Initiate recruit was brought into the Assassin Order while going through an Abstergo "video-game". The only level playable was the first one, the decline of the Templar Order and the execution of Jacques de Maloy. The Initiate was then seeing that the "game" was being hijacked by Initiates working with the Assassins, who show him things about the Assassins and Templars, the war, Abstergo Industries' true motives and (most importantly) had to research the life of the Assassin Arno Dorian.

As the greatest industrial force the Templars owned, Abstergo shared the same beliefs as the Templars; order and discipline through power and control. Some Abstergo employees did not recognize the Templar Order, neither did they hear about it, but certain high-ranking members of Abstergo knew the Templar cause. Since the Third Crusade, the Templars started realizing the power that the Pieces of Eden had over humans, and so they began searching for them. In modern times, they had used numerous subjects from the Animus Project to access the memories of their ancestors, in order to get hold of a map showing these artifacts. This goal later formed into total control and possession of all Pieces of Eden.

The Templars' goals had changed as they sought control to unify the entire world using these artifacts, going from "lasting peace, no matter what the cost" to the "New World Order". To accomplish this, they had to reach their ultimate goal; launching a Piece of Eden into orbit around Earth.

As shown in a recording you can acquire in Assassin's Creed: Rogue, the Templar Otso Berg sought to kill Juno (the franchise's new main antagonist after the death of Warren Vidic) and stop her from getting a hold of Abstergo's machines to conquer the world. 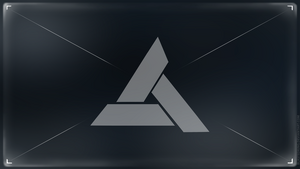 The logo of Abstergo Industries. 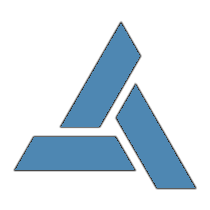