Become a level 6 esper so people will leave him alone (formerly; failed).

Accelerator is the name used to refer to the strongest esper currently residing in Academy City. He is the second protagonist of the Science Side in the A Certain Magical Index series. First appearing chronologically in A Certain Magical Index as the main antagonist of the "Sisters" arc, he later becomes the primary male protagonist of the Science Side after being defeated by Kamijou Touma. His journey to a more "heroic" role in the story progresses after meeting and saving Last Order, and is forced into an ironic twist of fate where his life now depends on the Sisters, clones he previously killed by the thousands. He is also a major antagonistic character in A Certain Scientific Railgun and the main protagonist of A Certain Scientific Accelerator.

He is voiced by Nobuhiko Okamoto in the Japanese version of the anime, and Austin Tindle in the English version. The former voices Ghiaccio, while the latter voices Vali Lucifer.

Accelerator appears as a skinny teenager and has pale skin, moppy white hair and red eyes. This is caused by his ability, as it blocks ultraviolet rays, thereby preventing his body from producing melanin. His ability also has an affect on his hormones, as he stated in both the novel and manga series that it was because of his power he has "...this genderless body," although there is definite evidence stated throughout the series whether he is a boy. In the novel/manga, when Last Order asked him "Then are you male or female?" he gave the equivocal answer, "Can't you tell?" While in the novel he is shown to have a slim, adrogynous body, a bathing scene he is depicted him bare-chested and obviously male. He also seems to have an affinity for black and white-themed clothing, which is a famous brand.When he is enraged or excited (such as when fighting a strong or amusing opponent e.g Kamijou Touma in the Sisters Arc) he breaks into a wide grin and laughs, giving him a maniacal and sadistic appearance.

Due to the potential of his ability, Accelerator has been targeted by assassins and researchers throughout his life. As a result, he believes only in power and trusts no one. While fighting, he invokes fear and has a sadistic tone. He willingly joins the SISTER experiment to gain a reputation as the most powerful and feared psychic so that no one would dare be foolish enough to challenge him and won't hesitate to kill any who get in his way. The Sisters' memories of his behavior during the experiment may suggest that he is, in a way, a pacifist; because his power won't disappear, the only way he sees an end to the fighting is to be so strong and sadistic that no one would dare to raise a finger against him. He even seems to attempt to frighten the Sisters out of fighting or otherwise encourage them to refuse their battles.

After meeting Last Order, he strives to protect her (although he states he does not like her company, he tolerates her). He saved her from Amai Ao's plot and from being pursued from the Hound Dogs. He treats Index in a similar fashion, such as when he buys her lunch while searching for Last Order and by protecting her from the Hound Dogs. By Vol. 19, he has mellowed out to the point that he actually lectures a child in order to prevent him from getting himself killed after a hostage situation.

His attitude towards Touma was hinted at throughout the novels after Vol. 5, when it is shown that he both idolizes and is slightly jealous of Touma's heroic personality, and is outright shown when he and Touma finally come to blows in Vol. 20. By comparison according to Heaven Canceler, Touma and Accelerator are very similar, but their methods are like opposite sides of a coin; Touma is able to protect his loved ones without killing and is able to stand by their side, while Accelerator protects his loved ones through violent methods and even admits that he is unable to stand by Last Order and Yomikawa's side. Deep down, he is someone that aches for the light, as shown when Yomikawa was able to walk up to him and slowly take a gun from his hands before he tried to finish off Kakine after their fight, and later when he refused to hurt a Misaka WORST clone and tried to heal her wounds after she tried to kill herself.

Aiwass has also commented on the differences between Touma and Accelerator – stating how Accelerator craves for the wholesomeness of being a 'hero' like Touma, even to the point that he declared himself evil because he believes he cannot reach that level. He is someone that tries hard to redeem himself.

Accelerator was shown to often underestimate his enemies earlier in the series, which led to his loss against Touma. However, after nearly being killed by Kihara Amata and fighting Komaba Ritoku, he no longer underestimates his enemies. This fact is noted by one of the terrorists in Hula Hoop in Vol. 19 as possibly being the most terrifying thing about him: he always uses exactly how much force he needs to in order to defeat his enemy: no more and no less. If he ever underestimated his enemies, it would have given them an opening they could have exploited, but since he didn't, he simply wiped them out.

In Vol. 22 After-word the author states that what Accelerator wants most is not a lover but a family, and states Last Order is like his child he has to take care of. Also in Vol. 22, Misaka Worst said half-jokingly she wants the same fatherly treatment he gives to the other Misaka clones.

Accelerator was alone in Academy City until he met Last Order. In the Hound Dogs Invasion Accelerator has a change of heart so to speak and becomes less of a villain and more of an anti-hero. Accelerator ends up fighting Kihara Amata in order to save Last Order during the invasion. Accelerator later joins GROUP and fights against the dark side of Academy City. He eventually leaves GROUP and tries to become more like Kamijou Touma but, soon realizes that he can never be a hero like him and stand in the spotlight. So he decides to do things from behind the scenes.

Accelerator's ability creates a thin field of AIM around him, which allows him to modify the vector values of anything he touches. After the events of Vol. 5, his brain gets damaged, and he has to rely on a choker-type electrode that connects him to the Misaka network.

The brainwave network allows him to use language, as well as making up for his lost ability to make calculations, although it is stated that it's less than half of what he once had. Furthermore, the network enables Accelerator to reflect ultraviolet rays even when he isn't in esper mode. When using the network in esper mode, the battery of the electrode only lasts fifteen minutes. That changes in when he joins GROUP and its technical team cranks his time up to thirty minutes. He does not need the Misaka Network to use his abilities when in his awakened state.

He is shown to be far stronger than any other Level 5 in Academy City, being able to easily defeat the "Awakened" #2 Level 5 esper Kakine Teitoku without awakening himself. It should be noted that this fight took place after Accelerator's brain was damaged and he was forced to start relying on the Misaka Network to do his calculations, which reduced him to having less than half of his former calculation abilities. 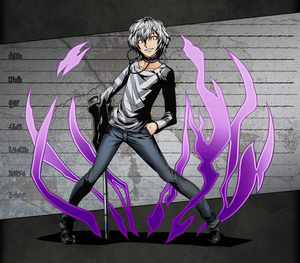