Each members possess wrestling techniques and skills unique to themselves

The Aces and Eights were a heel stable in TNA. They consist of a group of masked wrestlers with the gimmick of an outlaw motorcycle club. The name is a reference to the two pair poker hand known as "dead man's hand."

The Aces & Elghts made their debut on the June 14, 2012 episode of Impact Wrestling when three masked wrestlers brutally attacked Sting while he was talking about being the first TNA Hall of Famer. On July 5, 2012, an unnamed man delivered an envelope to TNA General Manager Hulk Hogan, containing a photograph of playing cards resembling the dead man's hand and a message saying "See you next week. We're not cowards. Just wait and see."

The next week, Aces and Eights returned in greater numbers attacking both Sting and Hulk Hogan. Throughout the weeks, they would attack every wrestler on the TNA roster. Eventually Hulk Hogan had to lock down the Impact Zone, barring the Aces and Eights from the building.

On October 14, 2012 at the TNA PPV, Bound For Glory, two members of the group wrestled their first match against the team of Sting and Bully Ray with the terms being that if the Aces and Eights lost they would leave TNA for good, but if they won the lock down would be lifted and they would have full access. The Aces and Eights won the match thanks to interference from two members of the stable. One in particular was Bully Ray's former tag team partner Devon, who put Bully Ray through a table. So far, Devon (identified as the Sergeant-at-Arms), DOC (Director of Chaos, formerly Luke Gallows in CM Punk's Straight Edge Society), and Mike Knox (later named Knux) are the only unmasked members of the group. Taz revealed himself to be the newest member of Aces & Eights when he revealed an Aces & Eights vest during Bully Ray and Brooke Hogan's wedding. The group then attacked everyone at the wedding with DOC and Mike Knox making Brooke watch. A week later, Garrett Bischoff and Wes Brisco revealed themselves to be the newest members of Aces & Eights when they attacked Kurt Angle after his cage match against Mr. Anderson. D'lo Brown was eventually revealed as the Vice President of Aces & Eights. On March 10, 2013 at Lockdown in San Antonio, Texas, Bully Ray was revealed to be the President of Aces & Eights when Devon handed him a hammer and used it against Jeff Hardy, and pinned him to become the new TNA World Heavyweight Champion.

Recently, DOC and D'Lo Brown were released from the company. After Bully Ray defeated Sting, making sure he never gets a shot at the World Championship again, Sting brought back the Main Event Mafia to make sure Bully Ray loses the World Heavyweight Championship. At Destination X, the Mafia made sure Aces & Eights didn't interfere in Bully Ray's match against Chris Sabin. After the Mafia fought Aces & Eights out of ringside, Bully Ray tried to use a ballpeen hammer against Sabin, but it backfired and Sabin used it on Bully Ray instead to pin him and become the new TNA World Heavyweight Champion. However, Sabin lost the title back to Bully Ray in a cage match on August 15, 2013 at Hardcore Justice when Tito Ortiz hit Rampage Jackson in the head with a ballpeen hammer before Rampage could prevent interference from Mr. Anderson. The week after, in a challenge issued by the Main Event Mafia in that the loser of the fall will leave TNA forever, Devon lost for Aces & Eights when AJ Styles, who just joined the Main Event Mafia, pinned him, ending Devon's TNA career and having the group lose their Seargeant In Arms. Eventually, the Vice President Mr. Anderson rebelled when it looked like the club was just to satisfy Bully's ego. He challenged Bully Ray to a Last Man Standing match for the World Championship and lost when the other club members turned on him. Before getting stretchered out, Bully Ray piledrove him on the stage. The Aces & Eights would eventually lose Wes Brisco after a loss to the Main Event Mafia. Then Bully Ray lost the TNA World Championship to AJ Styles at Bound for Glory. He lost in his rematch a few days later when a returning Mr. Anderson interfered. At Turning Point, Mr. Anderson defeated Bully Ray in a Club vs. Career match, which meant that Aces & Eights were disbanded. 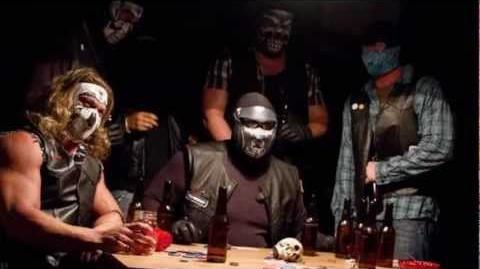 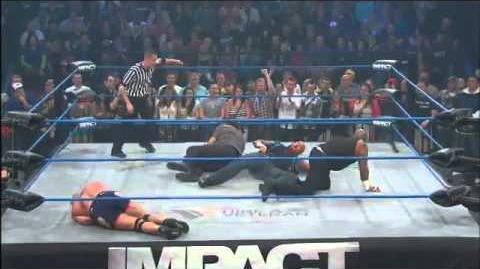 Bully Ray reveals The Hoax | The Rise Of Aces and Eights 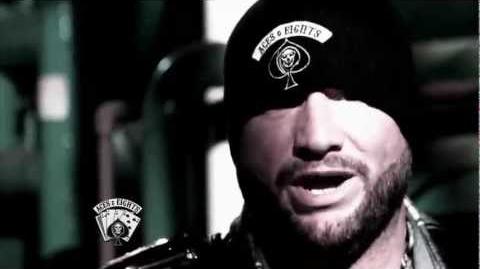 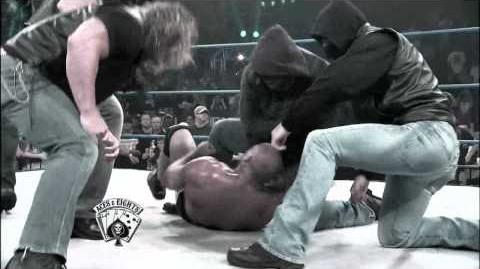 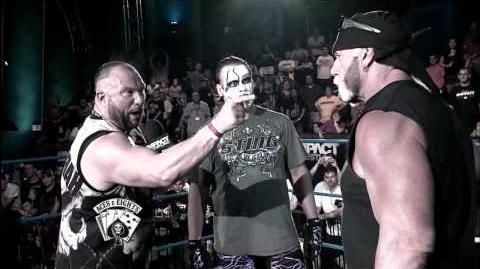 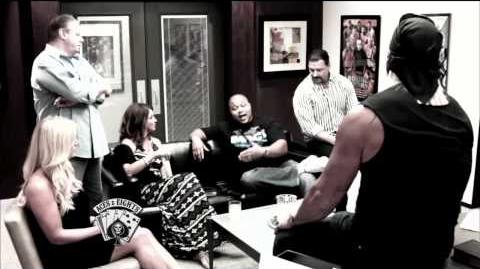 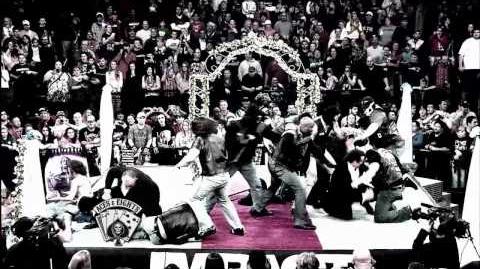 The End of Aces & Eights 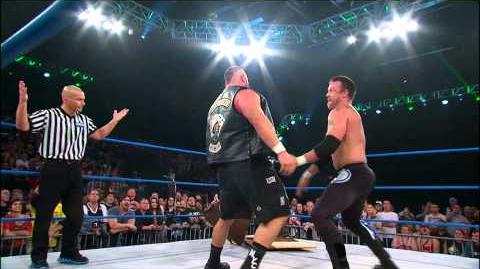 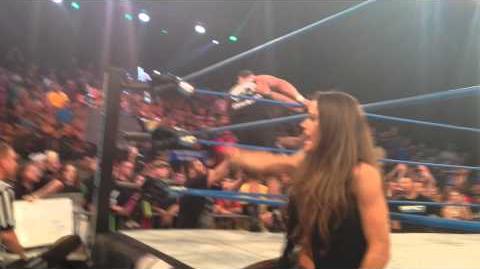 IMPACT365 Bully Ray Leaves The Ring After Match With Anderson
Add a photo to this gallery
Retrieved from "https://villains.fandom.com/wiki/Aces_and_Eights?oldid=3872538"
Community content is available under CC-BY-SA unless otherwise noted.