Kill any who disobeys Achilles.

Rule their hegemony with an iron fist.

The Achilles Order, also known as the Achilles Sect, is a main antagonistic faction in a videogame Trojan.

The story of Trojan is set in near future where a nuclear disaster has ravaged much of the world. However, the worst was yet to come: With the destruction of any and all semblance of civilization and laws, the humanity has regressed to the 'strong preying upon the weak' and 'every man for himself'. The reconstruction to restore civilization had barely begun when post-apocalypse world is further degenerated by a demonic influence of various evil sects popped after the nuclear disaster, exploiting survivors' desperation for livelihood. Wars were constant occurrence in competing for increasingly scarce commodities. In times of desperation for survival, the first factor that disappears from humanity is morality.

The malicious spirits of bloodthirsty warlords from past ages have been brought back to life after nuclear catastrophe, plaguing civilization with wars, deaths, diseases and insanity. The bodies of the strongest survivors, the 'chosen', are possessed by these violent spirits. Making up for their lost times, the spirits of warlords possessing the strongest survivors form armies with amoral savages, launch wars upon wars to conquer and reign over the weaker, powerless tribes with an iron fist (similar in plot to Fist of the North Star). Those who defy or dissent are to be slaughtered swiftly and unconditionally.

One such sect rose above the rest, slaughtering its way to an undisputed hegemony and bloodily knocking out all the competition. It not only smashed other rival armies and other warlords but annexed their territories as well. The supreme leader of this new order is known as Achilles, who calls himself 'The Blade King'. The army of Blade King has gotten increasingly larger over time. People of the conquered territories, robbed and deprived of will and strength to put up any resistance at all, live in great dread under Blade King's tyranny.

Then a young warrior named Ryu who is resistant to the evil spirits, having been extensively trained in martial arts and swordsmanship, took the battle-name Trojan. Under the request by the powerless and victimized people who suffer greatly under the tyranny of the Blade King, Sets out to destroy destroy the Blade King Achilles and his savage army. Not the one to be tolerant of existence of the defiant, Achilles dispatches his vicious warriors to eliminate Ryu: if Ryu cannot be persuaded to serve Achilles, then he must not be permitted to exist. Among the agents set otu to destroy Ryu is a red warrior also took mantle of Trojan. But unlike Ryu this Trojan has sided with Achilles.

Ryu's mission is to infiltrate the lands of the evil army, fighting against pirates, fighters and gladiators, exorcising these human-demons from the earth in a post-apocalyptic world of wastelands. His quest would lead him to gops of battles against Achilles' warriors in Ruined city, Craggy Mountain that houses Achilles Order's underground fortress, and ultimately Achilles' throne. The warriors of Achilles are relentless, huge in quantities, fast, and will stop until either the or Ryu pushes the daisies. After battling his minions and reaching the Blade King, Ryu has finally come face to face with the mighty tyrant. As the final boss, Achilles is all too happy to give Ryu a fight to the death. His long sword gives him incredible reach, and to top that, he is totally capable of killing Ryu with 2 hits. Although Achilles possesses many of the same attack skills as Ryu, only he is much bigger and stronger. Timing attacks is key to taking down this tyrant. His attacks pack a lot of punch, so it is wise to stay out of his range. He is fairly susceptible to jump attacks.

After a vicious and blood duel, Achilles goes down. But warrior to the end, he refuses to let go of his sword even in death. With the death of Achilles the Blade King his order was dissolved and Ryu has brought peace to the new world. 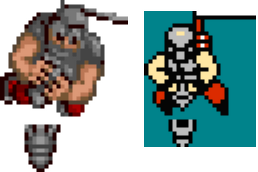 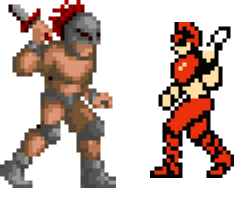 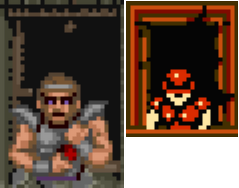 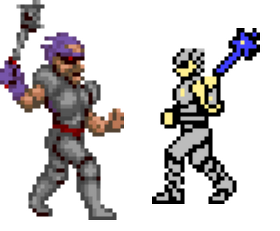 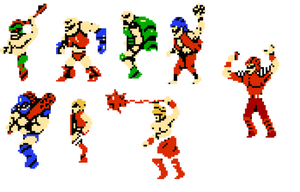 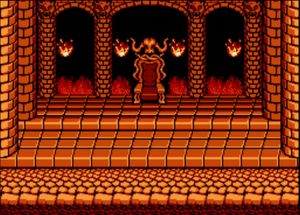 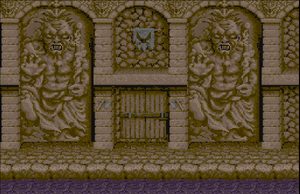 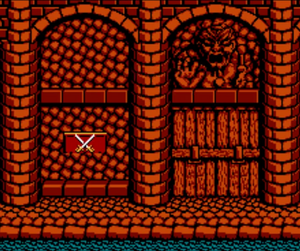 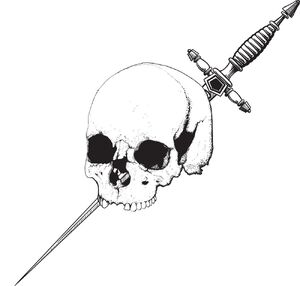 Retrieved from "https://villains.fandom.com/wiki/Achilles_Order?oldid=3532151"
Community content is available under CC-BY-SA unless otherwise noted.