Ackland is a supporting antagonist in Martin Rosen's 1982 animated film The Plague Dogs, which is based on the 1977 novel by Richard Adams. He is a bounty hunter who is hired by Dr. Boycott to exterminate Rowf and Snitter.

He was voiced by Geoffrey Matthews.

Ackland is a bounty hunter who likes to hunt other animals for trophies. After Snitter accidentally kills a wealthy businessman named Pierce Chetwind, Dr. Boycott phones Ackland and offers him a job to hunt down the two dogs. Ackland gets his rifle ready and heads out after Rowf and Snitter.

After the police try to catch Snitter, Rowf and the Tod rescue him before they could capture him. After the incident, Ackland finds the dogs' original hideout, only to find them gone.

While the dogs and the Tod are trying to escape from the hunters and to the sea, Ackland tracks them down past the rock circle. He is then seen walking past the small pond the dogs were at the other day, while the Under Secretary and the Assistant Secretary discuss about the dogs carrying the plague.

On a snowy day, Rowf and Snitter begin to starve and Ackland is hot on their trail. The next day, Ackland finds the two dogs and goes up a steep hillside on the Dow Crag to shoot them, unaware that the Tod is following him. As Ackland takes aim on Rowf, the Tod jumps him and he falls to his death, but not before he shoots off Rowf's collar. His body is then devoured by the starving dogs and his half-eaten corpse was later found by an RAF helicopter, which leads William Harbottle to deploy the 3rd Battalion of the parachute regiment to hunt down the two dogs.

While Boycott is having a conversation with Lynn Driver, he receives a call and learns about the incident of Ackland's death as well as the severed collar belonging to Rowf and sends someone to the station. 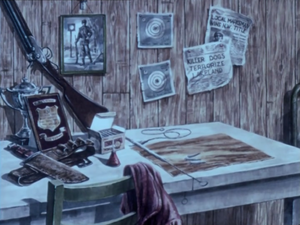 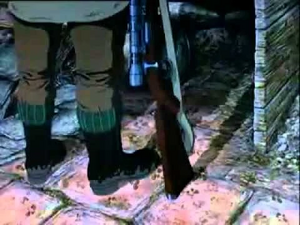 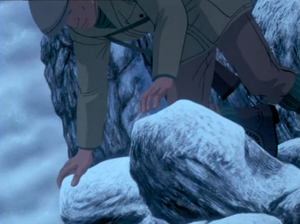 Ackland climbing down the hill to kill Rowf and Snitter. 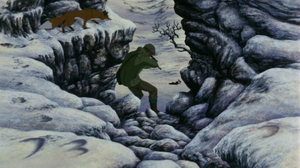 Ackland being stalked by the Tod. 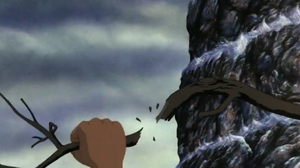 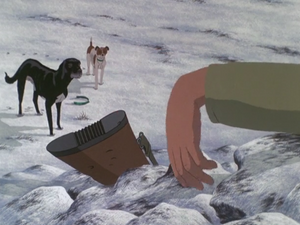 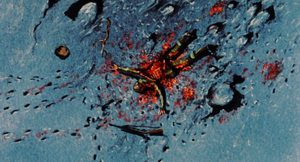 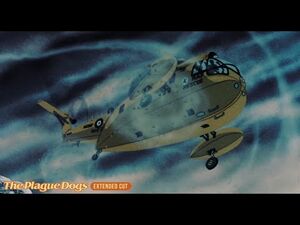