Serve the Stalker's will.

The Acolytes are minor antagonists in the MMO third person shooter Warframe.

They are fanatical followers of the Stalker who share his philosophy of vengeance and hatred for the Tenno and joined him after the events of the Second Dream quest. Stalker gave them the task of hunting down and killing Alad V for helping the Lotus and her Tenno.

They serve as the main antagonists of the Shadow Debt event.

Each one of the Acolytes uses a different Warframe with a black, white and red color scheme and a replica of Stalker's helmet instead of their own.

After the Moon was returned to Earth's orbit and Stalker's alliance with the Sentients became known at the conclusion of the Second Dream, six like-minded Tenno approached the Stalker and offered their allegiance. He accepted and gave them a simple task: Find and kill Alad V.

Alad V had helped the Tenno find the bones of the Sentient Hunhow, whom Stalker had joined forces with to attack the Tenno in a secret reservoir on the moon, where their vulnerable true selves resided. Alad V even stuck around after his part of the deal was completed, as while he had his fair share of difficulties with the Tenno, he knows that they are the best bet in repelling the impending Sentient invasion. While the Tenno finding his bones was part of Hunhow's plan, Alad V's aid did not go unnoticed by him and Stalker.

Afraid for his life, Alad V called in the favor he earned from his cooperation and told the Tenno to save him from the Acolytes. The problem was that the Acolytes were impossible to track, as Hunhow had granted them a complicated cloaking frequency that Alad cannot bypass on his own. To get around this, Alad V instructed the Tenno to break into Grineer and Corpus installations and send him the data within. With enough data the Acolytes' cloaking lost its effectiveness at close range, allowing the Tenno to hunt them back. Once an Acolyte had been found, Alad V transmitted its coordinates to the Lotus so the other Tenno can provide reinforcements.

When five of the six Acolytes had been defeated, Misery, the last Acolyte and the one Alad feared the most, finally discovered where he had been hiding. The Tenno had to defend Alad directly from Misery and his shadow forces, which included recreations of his fellow Acolytes. With Misery gone, Alad could finally take a moment of relief and called it even with the Tenno. 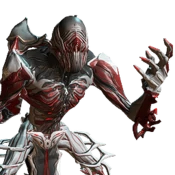 Misery, second-in-command of the Acolytes 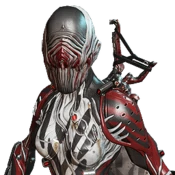 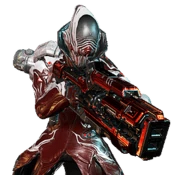 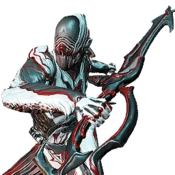 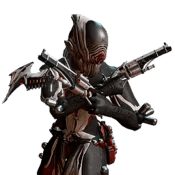 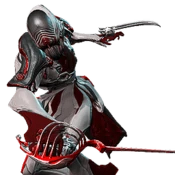 The sigil received from the event, representing the alliance between Stalker and Hunhow.