Eliminating the enemies of the Roman Orthodox Church.

Destroy the enemies of both God and the Roman Orthodox Church.

Acquire Ultimate Salvation to become the "One Above God" and acquire Godhood (formerly).
Prevent Fiamma of the Right from acquiring Godhood and distorting the world (succeeded).
Protect and defend the United Kingdom from outside threats.

Acqua of the Back (real name: William Orwell) is a major antagonist in the light novel and anime series A Certain Magical Index. He is a mercenary from the United Kingdom and is a Saint of terrific power and a powerful magician. He is a member of God's Right Seat and works on behalf of the Roman Orthodox Church to exterminate all who have been declared the enemies of God and unholy.

Acqua of the Back is a very tall and buff man. He has a strong muscular body with a brute-like appearance and has a strong muscular face as if it were chiseled from stone itself. He has stone cold and serious look on his face and is a mark of him going through bloody and glorious battles and not the one that boldy builders have. Acqua is unique in that he is more buff and physically stronger than the other God's Right Seat members who are all thinner than he is.

His typical attire mainly consists of a white polo shirt with blue sleeves and blue pants. He also has a large blue cross emblem across his chest and has short, combed back and spikey brown hair with brown eyes. The color blue is the most prevalent in his appearance and is based off of his alignment with the Archangel Gabriel and rules over the color blue.

Acqua of the Back is a rather unique person when it comes to his ethics and morals. He does not call himself a good person nor a philanthropist, he has a unique code of morals and follows them greatly. He is a very honorable man who shows confidence in his powers and the rightness of his actions. In combat, he is willing to allow his enemies to live if they surrender and follows the conditions of surrender. This is shown when Touma gave his right hand to Acqua and in return, he let Touma live. Acqua loves combat and looks for formidable opponents such as the Amakusa-Style Remix of Church and Kaori Kanzaki, a fellow Saint herself. He also hates looting and cheap tricks during battle.

Acqua of the Back is a member of God's Right Seat and as such, he seeks to become the "One Above God" and acquire Godhood like all the other members do. Despite holding a fanatical goal, he does show signs of great concern and standards such as when he heard that Terra of the Left was willing to use innocent civilians as sacrifices, he immediately objected towards such a horrific act and even went as far as to kill Terra for his atrocities and remind him of his damnation for his atrocities that he committed. He appears to be a very protective guardian of the United Kingdom as he had became a mercenary to protect his home country from outside threats. He also loves to drink bear along with the Knight Leader and respects the authority of the Pope.

Acqua of the Back is one of the most powerful characters in the series. He is a Saint and is able to call down God's Power and use it against his enemies. His strength is strong enough to be a valuable asset to the Roman Orthodox Church and is one of their best warriors like that of all the members of God's Right Seat. Even after he's severely depowered at the end of World War III, he still remains a powerful warrior and a formidable opponent. 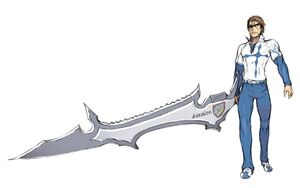 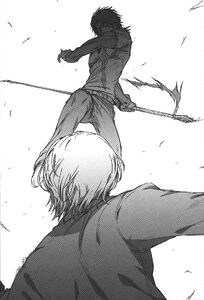 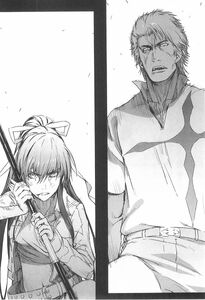 Acqua of the Back vs Kaori Kanzaki 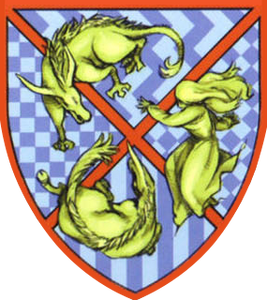 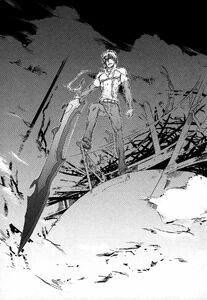 Acqua arrives on a destroyed communications base in Britain 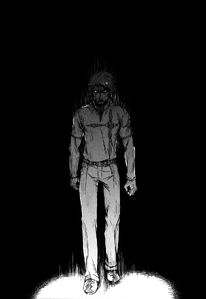 Acqua of the Back arrives to fight the Amakusa Christians 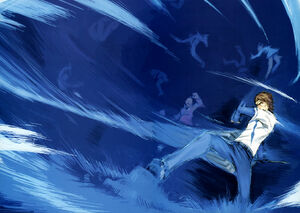 Acqua of the Back blowing away the Amakusa Christians 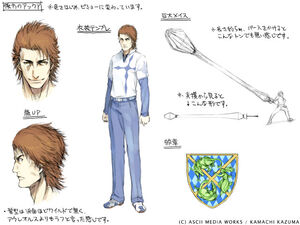