Get close to Lana.

He was portrayed by Ian Somerhalder, who also portrayed Damon Salvatore in The Vampire Diaries.

Chad Nash had lived something of a privileged life, having studied martial arts, computer hacking and learned to play the piano at an expert level.

Chad Nash had died from a liver disease and was resurrected, being kept alive by Lionel Luthor and Dr. Lia Teng using the Lazarus Serum.

Adam Knight, was resurrected by the serum and LuthorCorp gave him a new name and background history.

Lana met a teenager named Adam Knight at the Smallville Medical Center after being attacked by a horse during one of Lex Luthor's mental breakdowns. Adam pushed Lana to make an extra effort to recover while exercising with her.

Adam told Lana his parents died in a fire and that he was receiving treatment for the injuries he got while trying to save them. Adam and Lana started to become a couple.

Adam displayed some interesting talents such as knowing karate and computer science during his stay at the Talon in Smallville. Lana soon discovered Adam was really Chad Nash, who died from liver disease five months ago.

Chad, however, refused to discuss this and told her that he she will regret ever meeting him if any more questions are asked about this.

Chloe Sullivan saw Chad inject a mysterious substance into himself and found out that the substance was developed from unusual blood platelets. Lana also checked Chad's apartment and found notes that he was sent by Lionel Luthor to spy on her and Clark.

Lana tried to evict him, however Chad refused to leave prompting Lana to ask Lex for help. Before Lex could do anything, Lionel got to him. Lionel decided to cut Chad's drug supply off as punishment for his failure which made the horrified Dr. Teng start giving him the drugs he needed in secret.

Chad became angry at Dr. Teng when Lionel decided to shut down the lab. Chad killed all the scientists and escaped. Chad went to Smallville to obtain the serum he left in the Talon apartment and suspected that Lana took them.

Chad made Chloe reveal where Lana was hiding at the Kent Farm and forced Lana to come with him to the storage supply after threatening to kill Clark's father Jonathan.

When Chad and Lana arrived at the storage facility, all the serum was gone and Chad tried to kill Lana with a gun for lying to him. However, Lana had no knowledge where the serum was. Clark arrived just in time to save Lana from death.

Chad fell to the ground and started to die, warning Clark to watch out for Lionel before passing away. In addition, he saw why Lionel wanted him to spy and learn Clark, admitting that he was sent to do so before dying. 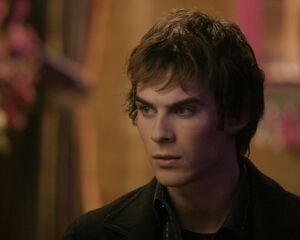 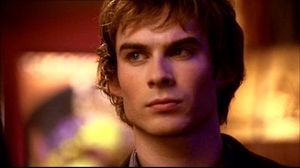 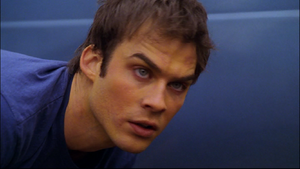 Adam hit Mr. Burton over the head and stole his phone and car. 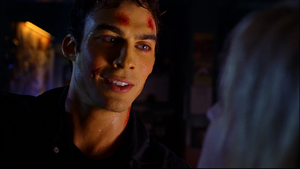