Change the story of his childhood trauma, with his father being saved by the "marionettes".

Adam Rain is a major antagonist from the crime-drama TV series Criminal Minds. He is a delusional serial killer who appears as the main antagonist of the Season 8 episode The Lesson.

Adam was born on April 16th in 1961. He was the son of a famous puppeteer named Alex Rain. Alex never told Adam the puppets weren't alive, so when a robber tied both him and his father up, he expected the two puppets, Mitch and Stephanie, who were nearby, to rescue them. But, they didn't, and his father was shot right in front of him. Sometime in the future, Adam's mother died in a car accident, and in 2012, he himself got into an accident that left him in a coma at the Winslow General Hospital. The accident also damaged his brain, making him believe he was a child again and cutting out his feeling of empathy. One year later, Adam woke up, and desperately wanted to tell the story of what happened to him as a child.

With his imaginary friend Mr. Conrad, he abducted people who were good potential candidates as replacements for Mitch and Stephanie. But, the guys would either die from the hanging, or get to rowdy to control. In which, Adam would stuff their corpses in a box and leave them out in public areas.

Three months after Adam awoke, the FBI's Behavioral Analysis Unit are put on the case, when three of Adam's "marionettes" show up in Winslow, Arizona. 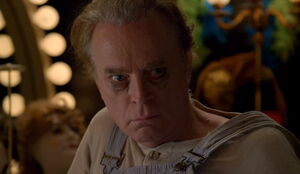 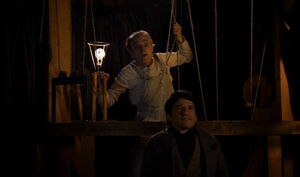 Adam working the ropes for his "marionettes". 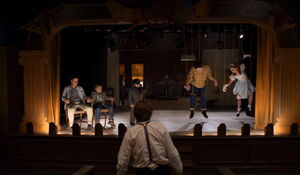 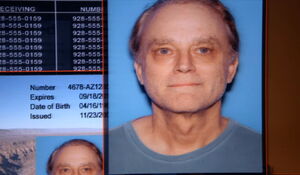 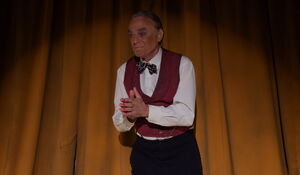 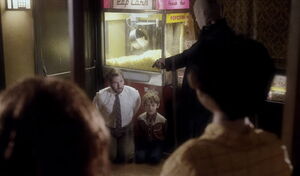 Adam and his father being held at gunpoint. 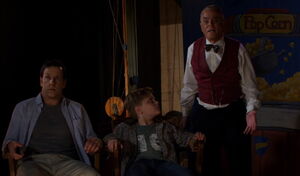 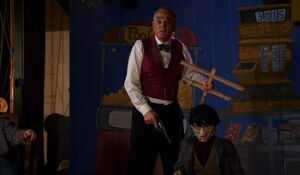 The Robber is revealed to be a puppet.