Raping people while listening to their screams.

The Addiction Demon is a minor antagonist in American Horror Story: Hotel.

Claudia comes into her room talking on the phone with a friend of hers. After hanging up, she goes to the bathroom in her night gown to wash her face before going to bed. There she hears strange noises and sees the demon in the mirror.

While Sally tries to seduce John in the elevator in order for him not to arrest her, she massages his penis and the demon is being showed blurry around them while the lights go off and on.

While John has rough sexual intercourse with Sally in the bathroom of Room 64, the demon appears for a moment and disappears when John looks at the mirror.

The Demon appears randomly around James Patrick March while he is arguing with Sally for not trying to save John Lowe when trying to hang himself. 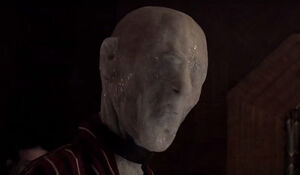 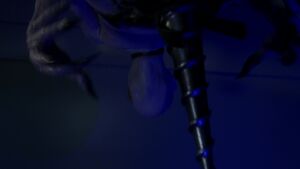 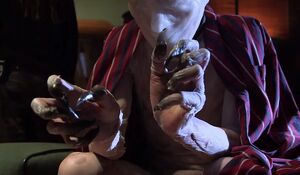