Creating up and coming stars for his own needs

Peacefully critiquing and sneering down at all in the world without anyone rising up against him in person or otherwise.

Control the top star in the theater (both succeeded).

Addison Dewitt is the secondary antagonist in the 1950 Best Picture winner film All About Eve. Addison Dewitt is an influential drama critic who becomes obsessed with the film's other villain, Eve Harrington.

He was portrayed by the late George Sanders, who also portrayed Mr. Freeze in the 1960s Batman TV series and voiced Shere Khan in Disney's animated version of The Jungle Book.

Dewitt loves to condescend, especially to an individual's face. He often does so and even insults the viewer if she/he has no knowledge of who he is. He does this often with such well crafted words that the target of his affection is often clueless to his shots.

Dewitt has passion for Theater. He sits in wait, observes and postures until moments of bliss light the stage like "Fire and Music."

Dewitt also seems to be sensitive to personal insults. In the pivotal scene between Dewitt and Eve, Eve laughs in his face at his mention of them meaning something of more and profound personal value to one another. He slaps her hard, clearly showing signs of weakness and sadness in his visage as he exclaims "Remember as long as you live, never to laugh at me. At anything or anyone else, but never at me.".

Addison Dewitt makes introductions to the viewers right as the movie begins. He does so with charm, pace and obnoxious wit. He introduces each character with a little bit of history and personal points per subject. After his opening monologue the focus shifts to one of the other supporting characters for narration.

​​​At one point Dewitt arrives at a party (secretely established by, Eve) for Margo's long term boyfriend, Lloyd, where he is met as an annoyance by the protagonists, but he is a compelling and powerful individual and the lead heroes just accept and deal with him. He introduces a "protege" Miss Caswell (played by Marilyn Monroe) a simple minded lady with looks and not much else. Addison directs Caswell to influence a producer friend of Margo's to get herself a gig.

​​​​​While in attendance for Miss Caswell's audition, Addison was in awe of the new and up coming star - Eve Harrington, who had a reading with Caswell. Addison comments how he's like a monk patiently waiting for that moment of enlightenment - an epiphany. He notes several actors who sparked such delight within him, including Margo and now one such Eve Harrington. He uses the term "Like Fire and Music!" A phrase that sticks within Margo's mind as a kind of self doubt.

At a much later scene while Eve secretly holds meetings with members of the press for her own climb to stardom, Addison, by chance arrives at the very moment when Eve confesses to Lloyd that she loves him and desires him. Addison doesn't let his presence be known and eavesdrops. After Lloyd turns down Eve's advances, Addison spies a royally frustrated Eve, who tears off her performance wig and trashes her dresser. Eve hears a sudden knocking and asks who it is. Addison enters as if he'd just arrived and Eve puts on her facade again. Addison probes into Eve's past that she personally spoke about in an earlier article. She finds that she must cut him off as she can't remember all the details perfectly. Addison leaves and Eve carries on.

Eve tells Dewitt a false story of her and (Margo's best friend's husband) Bill's engagement. Addison knows her story's a lie and retaliates. He informs Eve that he looked into her past and notes that she's not who she says she is and is in fact a criminal on the run. Eve, unfortunately cannot fight back and Dewitt let's her know that she "Belongs completely" to him. He wants her and he wants her to want him (or at least comply). He tells a distraught Eve, "You're an improbable person, Eve, and so am I. We have that in common. Also a contempt for humanity, an inability to love and be loved, insatiable ambition and talent. We deserve each other."

​​​​​​By the end of the film, Dewitt obviously withholding the dirt on Eve so she stays by his side, he arrives at Eve's place to drop off her award, where he meets Phoebe (an unknown woman similar to Eve) and asks her if someday she would like a statue like Eve's. Phoebe passionately nods and Dewitt tells her she may yet get one. He leaves and is not to be seen again. 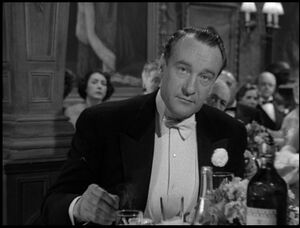 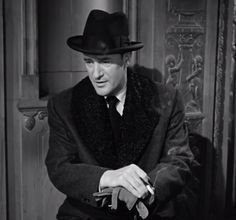 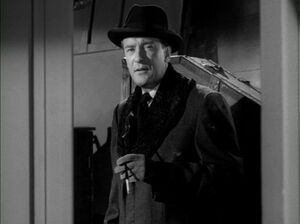 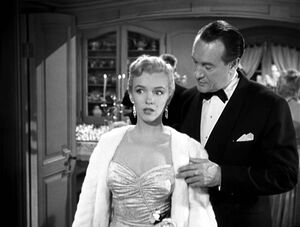 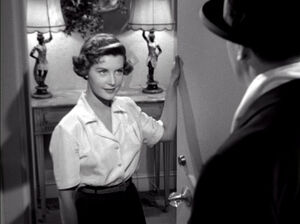 Add a photo to this gallery
Retrieved from "https://villains.fandom.com/wiki/Addison_Dewitt?oldid=3769619"
Community content is available under CC-BY-SA unless otherwise noted.