Trick Luz Noceda or other foolish adventurers into thinking they are the "Chosen One".

Get revenge on Eda

Adegast is a minor antagonist in the Disney animated series The Owl House. He serves as the main antagonist of the episode "Witches Before Wizards."

He is voiced by Robin Atkin Downes and by the late Billy Kametz as Nevareth.

Adegast tricked Luz into thinking she was a chosen one and making her go on a quest for the celestial staff to get revenge on Eda for stealing his customers. To do that he controlled a puppet wizard to give Luz the fake quest and then controlled manny, other puppet creatures, to guide Luz into his trap. When Luz got the staff he trapped Luz with some of the magical accessories he gave to Luz through his puppets.

Eda and King arrive just in time to save Luz. They fight off Adegast he captures them and traps Luz into a void with her fantasy friends trying to convince her to stay with them, but she refuses and kills all the puppets with a toy sword. She then stabs Agegast in the head which causes him to shrink down. He is later eaten by Eda.

Adegast is a character foil to Eda Clawthorne. From the moment she’s onscreen this episode Eda contradicts Luz’s idealized expectations of what life in a magical world as a witch’s apprentice is going to be like; Adegast appears to fulfill those expectations perfectly. Adegast’s introductory scene is mystical and dramatic where Eda’s is mundane and mildly comedic. Eda tells Luz inconvenient truths to help her grow, while Adegast tells her reassuring lies to exploit and hurt her.

Luz’s story in Witches Before Wizards episode parallels Lilith’s story throughout season one. Luz and Lilith were each sent, by a male figure they looked at as wise and benevolent, on a misleading quest whose ultimate purpose was to dispose of Eda Clawthorne. Adegast and Belos were able to lie to and take advantage of Luz and Lilith respectively, because Luz and Lilith were already lying to themselves. Luz Noceda wanted a way to become a hero/witch that didn’t involve hard work or patience or growing as a person. Lilith Clawthorne wanted a way to absolve herself of guilt without admitting she’d done anything wrong or growing as a person. Neither wanted to change, and both wanted their feeling of superiority to be validated.

Adegast and Belos made Luz and Hunter respectively believe they had a predetermined path of greatness. Adegast used this lie to lure Luz and countless prior adventurers to their deaths. Similarly Hunter is only the latest in a long series of grimwalkers created by Emperor Belos. Each of Hunter's predecessors was eventually killed by Belos . It's widely speculated that Belos intends to use Hunter as a sacrifice on the Day of Unity. 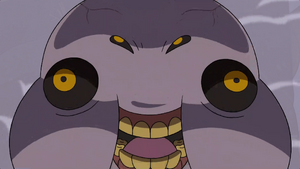 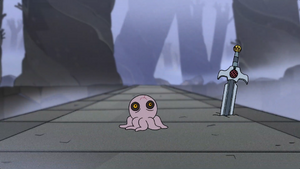