Adelaide of the Pasture

The Good Lady of the Forest

Capture a child to be her slave.

Adelaide, also known as Adelaide of the Pasture, with the addition of "The Good Lady of the Forest" by Beatrice, is an antagonist of the miniseries Over the Garden Wall. She is Auntie Whispers' sister and also a servant of The Beast, the series's main antagonist.

Adelaide is a witch who lives in a secluded hut where she presumably quilts. At some point prior to Wirt and Greg's adventure in The Unknown, Adelaide made a deal with Beatrice, promising her a magic pair of scissors to snip off her family's wings in order to turn them back into humans in exchange for a child to be Adelaide's slave.

When Beatrice returns to Adelaide in Lullabies in Frogland, she enters through the chimney. Adelaide promptly tells her to close the hatch as the fresh air will be the death of her. Beatrice then tells her that she found Wirt and Greg but that she can't turn them over, but Adelaide tries to persuade her and complains about being an old lady who needs a strong child servant. When Wirt and Greg show up at the scene, she traps them in yarn and rejoices in her new servants. She was intending to fill their heads with wool in order for them to do her bidding without intervening. As revenge, Beatrice opens the window and lets in the fresh night air, ending up melting Adelaide away.

Later on, it is revealed that she is the sister of Auntie Whispers, who warns Wirt and Greg about her, unaware of her death. 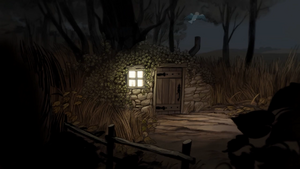 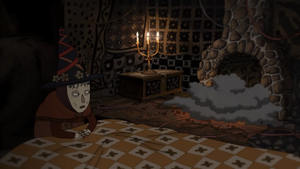 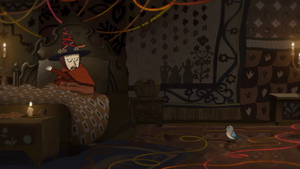 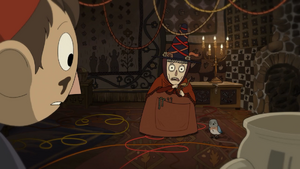 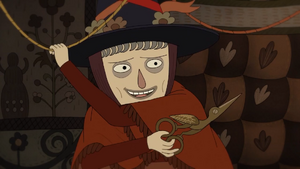 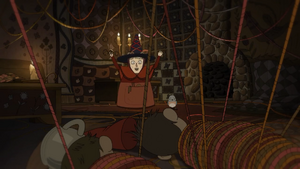 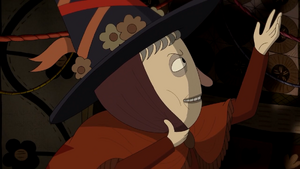 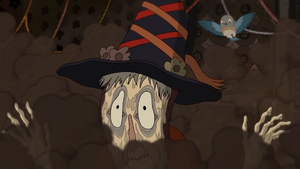 Adelaide's death
Add a photo to this gallery

Retrieved from "https://villains.fandom.com/wiki/Adelaide?oldid=3482811"
Community content is available under CC-BY-SA unless otherwise noted.