Dumb and Dumber To

Adele Pinchelow is the main antagonist of the 2014 film Dumb and Dumber To.

She is portrayed by Laurie Holden, who is best known for playing Officer Cybil Bennett in Silent Hill and Andrea on The Walking Dead.

Adele Pinchelow is the wife of the famous Dr. Bernard Pinchelow and the adoptive stepmother to his adopted daughter, Penny Pinchelow. However, Adele was having an affair with housekeeper Travis Lippencott and had been trying to poison her husband to get his wealth. Also, the evil Adele kept Penny's birth mother, Fraida Felcher, away from Penny by responding to her letters as Penny telling her not to write her anymore.

Adele sends Travis to accompany Harry and Lloyd to the KEN Convention, where they are to deliver a package worth billions to Penny. After Travis is killed by an oncoming train, his twin brother, Captain Lippencott, assists Adele in her plan.

Adele later arrives at the convention and catches Harry impersonating her husband, and as soon as Captain Lippencott arrives, the two attempt to kill Harry, Lloyd, and Penny, until Bernard enters and reveals that he knew all along about Adele's evil plan, leading to her and Captain Lippencott's arrest. 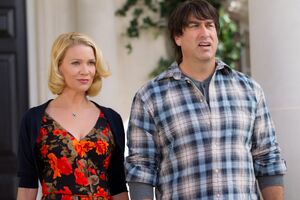 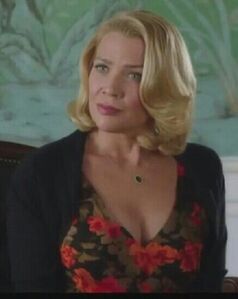 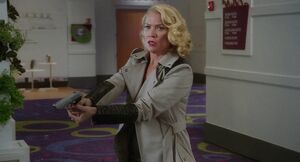 Add a photo to this gallery
Retrieved from "https://villains.fandom.com/wiki/Adele_Pinchelow?oldid=3612400"
Community content is available under CC-BY-SA unless otherwise noted.