Handler and host of the affairs between RED and BLU

Feeding bread crumbs to birds and watching them fighting over it.

Ordering the RED and BLU teams to kill each other

Enigmatic Master Manipulator
The Administrator (real name unknown, several contradictory first names have been hinted), also referred to as the TF Announcer or simply the Announcer, is the CEO of both RED and BLU as well as TF Industries, and the overall main antagonist of the entire Team Fortress series.

She is the source of the mysterious, disembodied voice that issues commands and announces vital events during matches. An aged and thoroughly evil mastermind of a woman, the Administrator possesses both a piercing gaze and the sort of voice that commands total and unwavering obedience or something else. Her general demeanor tends towards either slight anger or various stages of bitter disappointment.

She is voiced by Ellen McLain, who also played GLaDOS from Portal franchise and The Witch in the Left 4 Dead game series.

The Announcer wields considerable influence and power. Once thought  to be the owner of both the RED and BLU Corporations, it has since revealed that Blutarch and Redmond Mann are both still alive by Radigan Conagher's Life extender machines.

Despite their continued existence, neither of Mann brothers seem capable of handling the affairs of their respective companies; so for all intents and purposes the Announcer can be said to control them. By extension, this grants her control over every major government on the planet.

She tends to keep her operations top secret, manipulating events from behind the scenes. Any development that may chance unwanted attention is swiftly terminated with extreme prejudice. 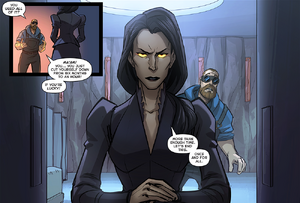 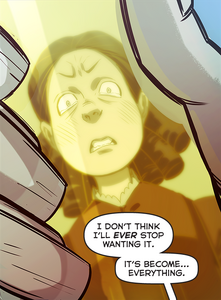 The Administrator as a little girl. 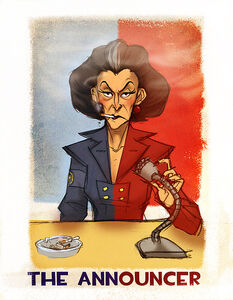 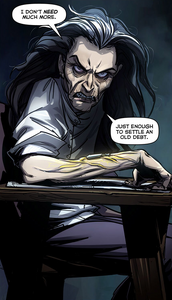 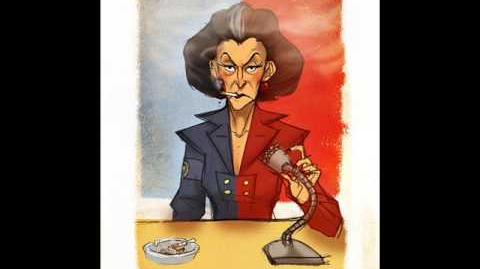 All The Announcer sound clips - TF2