Hunt down and capture Violator for Tony Twist (succeeded).

The Admonisher is the secondary antagonist in the Violator comic book series. He is a mercenary, who is insatiable blood-lust and gift for tracking and killing people. He was hired by Tony Twist to hunt down Violator for killing his men.

After being sick and tired of Violator for killing his men, Tony decided to hired a mercenary name The Admonisher to hunt down Violator and bring him to him. The Admonisher accepted the job even though he was warned that he would be hunting a Hellspawn.

Later on, Violator was tracked down by The Admonisher in a mall. However, the five Phlebiac Brothers appeared and protected the Violator. the Phlebiac brothers didn't want their name to be sullied by having a demon defeated by a mere human.

Creatures from hell still echo his name and discussed the Admonisher escaping hell and returning to earth.

Spawn: In The Demon's Hand

The Admonisher appears as a playable character and a boss character in Spawn: In The Demon's Hand. He was voiced by Tony Daniels. 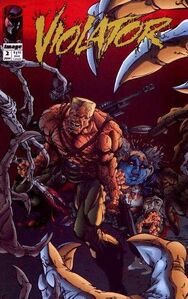 The Admonisher on the cover of Violator #2. 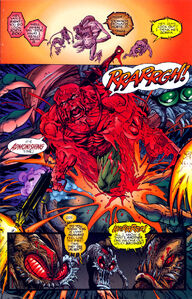 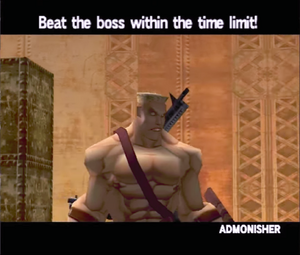 The Admonisher's appearance in Spawn: In The Demon's Hand. 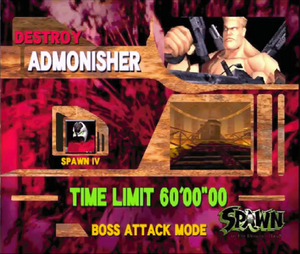