Führer of the Third Reich
Leader of the Nazi Party

Wipe out all Jews and all Non-Aryan Germans (almost succeeded).

Adolf Hitler is a major antagonist in the Marvel comics, serving as the overarching antagonist of the Captain America franchise, especially surrounding stories concerning World War II. He would live on after death as the Hate-Monger before finally being killed off in the modern era.

Like in real life, Hitler was the leader of the Nazi Party, Chancellor turned Dictator of Germany, and led Germany into the second World War. During the conflict, he sought to eliminate all he viewed as racially inferior or "impure" in death camps, an act that became known as the Holocaust. He also took in Johan Schmidt as a protege, turning him into the Red Skull. Throughout the war, Hitler dabbled in things such as occult mysticism and super-science through the organization "HYDRA" (which Red Skull led), in his never-ending drive to destroy the Allies and conquer the world.

But, by 1945, the war was in the Allies' hands. Hitler retreated to a private bunker come the bombing of Berlin, where it is widely believed he committed suicide (as his real life counterpart did). However, in reality, he was accidentally incinerated by the original Human Torch (though a later story would have Bucky Barnes as the man who killed him).

Adolf Hitler is survived however by Hate-Monger, who is Adolf Hitler's clone turned semi-cosmic entity. Red Skull later attempted to acquire a suitcase Hitler once had that he believed was of value, but it turned out to contain nothing of worth to the Red Skull; just things like some art pieces from Hitler's days as an artist.

Hitler's spirit was seen to inhabit at least one version of Hell, though it was unclear whether he belonged to Satannish or Mephisto's realm, his fellow Nazi, Himmler, would also be found in Hell and was revived by Sattanish as Zyklon many years after death, as part of the Lethal Legion.

Hitler didn't appear in the 2011 Marvel film Captain America: The First Avenger, but he is mentioned several times. It was revealed that Hitler was intrigued by Johann Schmidt's ideas of utilizing HYDRA's weapons with the usage of the Norse gods' magic to bring forth a new world order. Hitler also arranged for Schmidt to capture Dr. Abraham Erksine for the Super Soldier Serum, though Erskine would be freed from captivity.

However, in 1943, Hitler learns that his forces have started to deplete in numbers and lost much of his faith in HYDRA due to their recent attack on Norway and their failure to bring in advanced weapons as Schmidt promised. As such, he sent over three of his loyal officers (Roeder, Hutter and Schneider) to question Schmidt's intentions. Little did he knew that Schmidt and the rest of HYDRA have defected from the Nazis to create a new world order by bombing many world capitals (including Berlin); this was shown when Schmidt uses his latest weapon to kill the three officers with ease after they learned of his true intentions.

It is unknown what happened to Hitler following Schmidt's death, though it can be implied that he has committed suicide following the end of the war just like his real-life counterpart.

When Deadpool went back in time to try and kill a baby Hitler, he found himself unable to do so.

Adolf Hitler, so far, has not made any major appearances in any marvel games or TV shows. However; he was mentioned in 1980s Spider-Man and Hulk cartoons, Incredible Hulk: Ultimate Destruction, and Super Hero Squad. 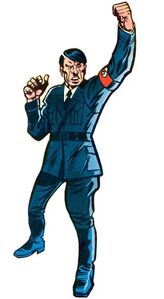 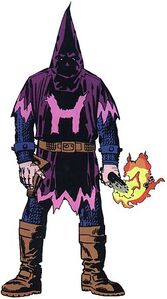 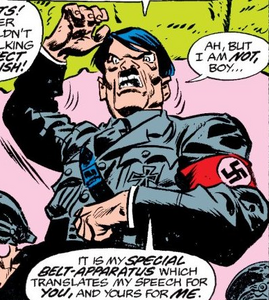 Hitler as seen in the comics. 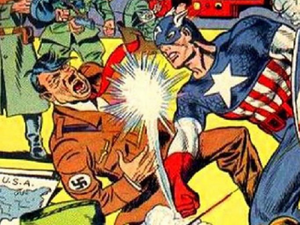 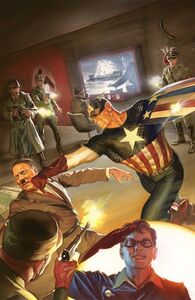 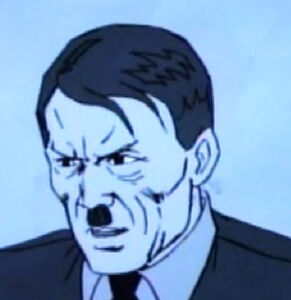 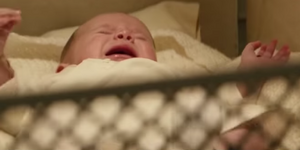 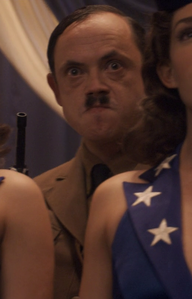 Hitler (actually an actor pretending to be Hitler) in Captain America.