Gain revenge on Joe Doucett for ruining his own family's life by manipulating him into committing incest on his long lost daughter and framing him on the rape and murder of his wife.

Break Joe Doucett by imprisoning him inside an abandoned hotel room for 20 years (all succeeded).

Adrian Pryce is the main antagonist of 2013 remake film OldBoy and he is based on Lee Woo-jin from the movie of the same name. He is the one who orchestrated Joe Doucett's 2 decade imprisonment to make him pay for his family's abysmal death.

He is portrayed by Sharlto Copley, who also portrayed King Stefan in the 2014 Disney fantasy movie Maleficent and Agent Kruger in the 2013 science fiction film Elysium.

Before and during their time at an elite prep school, Adrian and his sister Amanda had an incestuous relationship with each other and their father Arthur. Arthur manipulated them into believing that his abuse was in fact an expression of unconditional love, and so Adrian believes that he is in love with his sister and father. During a visit, Amanda and Arthur had sex in the school's greenhouse; unbeknownst to them, Adrian and Amanda's classmate Joe Doucett was watching. At the time, Joe didn't know they were father and daughter, but nevertheless started rumors about Amanda's promiscuity. This set off a chain of events that destroyed the Pryce family's reputation, saw them move out of the country, and culminated in Arthur killing Amanda, his wife, Emma and then himself. He shot Adrian, who survived.

Adrian eventually discovered that Joe was one who spread the rumors about Amanda, and planned to exact revenge. He employed Chaney to imprison Joe in a prison resembling a hotel room, and keeps him there for 20 years. While keeping him imprisoned, Adrian frames Joe for the rape and murder of his wife using evidence taken from Joe's cell, and from a distance manipulates Joe's daughter Mia and changes her name, while making Joe believe that Mia is someone else. Twenty years after Joe's imprisonment, Adrian allows him to be released, and manipulates him into believing that he has Joe's daughter and will let her go if Joe follows his instructions; he also promises that, should Joe complete his task, he (Adrian) will commit suicide.

At the end of the film, Joe Doucett answers the questions that Adrian wanted answered. Adrian, in return, reveals his revenge- Joe's new lover Marie Sebastian is in fact his daughter Mia, grown up and under a alias and unaware of Joe's identity as her father. He had orchestrated the entire plot in order to make Joe face the same humiliation and loss he himself had suffered. Joe is shocked and broken, and begs for Adrian to kill him rather than reveal the truth to Marie. However, Adrian doesn't want to kill him; doing so would invalidate his revenge, and he wants to keep Joe suffering under the burden of his secret. Having completed his goal, he quotes Hamlet's final words in Shakespeare's play: "Heaven make me free of it. The rest is silence." He then commits suicide by shooting himself in the mouth. 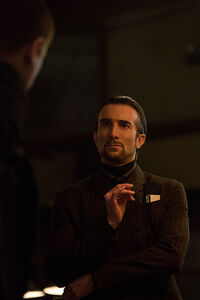 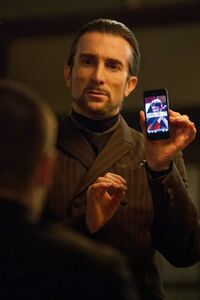 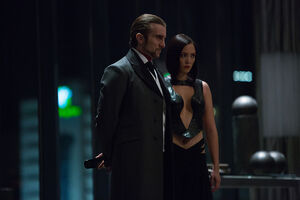 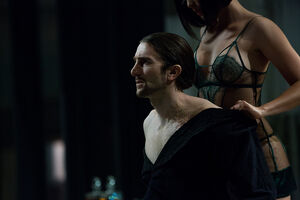 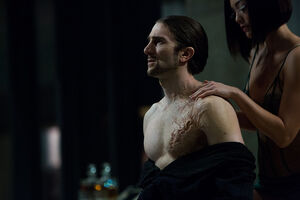 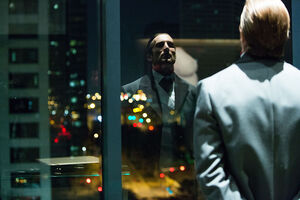 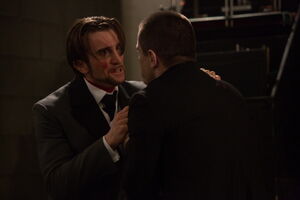 Add a photo to this gallery
Retrieved from "https://villains.fandom.com/wiki/Adrian_Pryce?oldid=3757202"
Community content is available under CC-BY-SA unless otherwise noted.