Lieutenant Darius Albarn, also better known as The Advocate, is one of the main antagonists of the animated webseries The Last Lamia. He is a mechanically modified assassin working for Avatech who is tasked with carrying out Project Ashbound, which requires him to destroy all evidence of the previous Project Ascension, including killing everyone involved. He is also protagonist Jason Albarn's father.

He was voiced by StormWolf.

Lieutenant Darius Albarn was a soldier working for Avatech. He was a part of Project Ascension, which involved collecting DNA from the mythical Lamia species to combine with human anatomy. Under Dr. Theodore Erswick, he kidnapped Lamias from their beds and gave them to Erswick to perform horrific experiments on, then memory-wipe to ensure that their false deal with the tribe would last. When the head of Avatech decreed that the Lamias were to be wiped out, Albarn complied and led his troops to slaughter the entire Lamia tribe, burn down their village, and collect their bodies for testing.

Later, he ended up in a situation where he was about to die, but was saved by Avatech. Erswick rebuilt his body and provided hm with an electrically powered suit that he could use in his missions. The Advocate soon after made a contract with Avatech to become their personal assassin, carrying out any missions they asked him to (usually ones involving killing people).

The Advocate later aided Dr. Erswick in his experiments and watched as he captured the small rebel group consisting of his own son Jason Alburn and his allies Xander, Lani, and Brec. Erswick's experiments killed Lani and Xander, but mutated Brec into a monster. The Advocate watched as the mutated Brec fought Jason, but when he began to regain his intelligence, the Advocate intervened and killed Brec by stabbing him through the head. Jason escaped and the Advocate chased him, but failed in capturing him.

Later, the Avatech Board summon the Advocate and explain that due to legal, financial, and leadership issues within the company, Avatech has decided to cut old, unsuccessful projects such as Project Ascension, but needed someone to get rid of all evidence and ties to it to ensure that its entire existance remains a mystery. The Advocate, under contract, agrees to the mission, called Project Ashbound, where he will destroy all research, data, and people connected to Project Ascension. This includes the island Monuriki that protagonists Jason Alburn and the last Lamia Amali are. Jason is explained to have been a problem for Avatech, and his termination becomes the Advocate's top priority.

The Advocate travels to the Avatech lab where all of the work on Project Ascension was done, proceeding to brutally massacre all of the scientists, soldiers, and workers in the building. He then forces a young scientist named Susan to transfer as much data to him as she can, including the locations of Dr. Erswick, Jason and Monuriki. When she is done, he hands her the gun just to mind control her for the satisfaction of watching her shoot herself. Afterwards, he burns the lab down.

The Advocate then travels to Cairo, Egypt where Dr. Erswick is researching the history of the Lamias. He kills the doctor's assistant, then tortures and interrogates Erswick by breaking his arm, demanding a copy of Project Ascension's data. Erswick retaliates with a glove that releases an electromagnetic pulse, disabling the Advocate's suit. However, the Advocate manages to restore power to his visor to distract Erswick long enough for his suit to come back, then proceeds to brutally murder the doctor by stabbing him before moving on, claiming Jason is next.

The Advocate makes it to Monuriki and captures Amali, torturing her to lure Jason out. When Jason arrives, he duels the Advocate, but is defeated. Rather than kill Jason and Amali, however, the Advocate instead makes them relive the genocide of the Lamias. When the vision is over, the Advocate removes his mask and reveals himself as Jason's father.

The Advocate is sadistic and deranged. Though he is technically under contract to commit his evil-doings, it is clear he enjoys his job and causing pain to others. He kills without remorse or hesitation, and despite mass murder being his job, he never seems to tire of it and always looks for new ways to use his abilities to make each mission special. He is shown to be cold and cruel, betraying those who saved him in the past without a second thought, and drawing out pain and death for his own amusement. 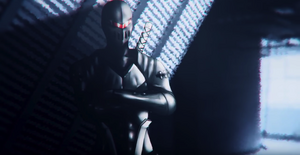 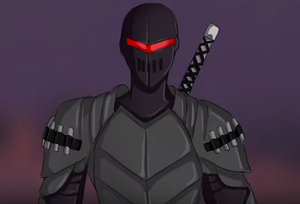 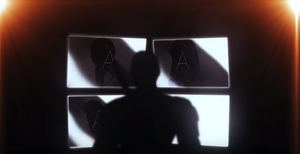 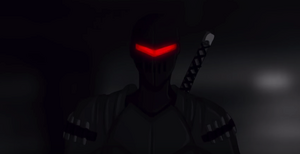 The Advocate in the darkness. 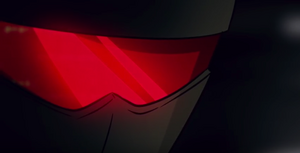 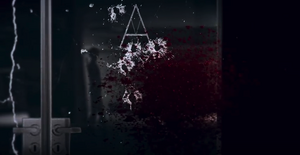 The Advocate watches Susan shoot herself. 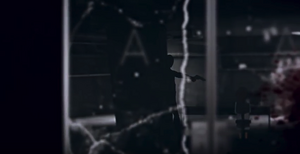 The Advocate after massacring the Avatech lab. 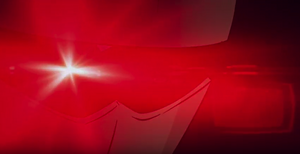 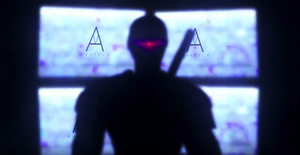 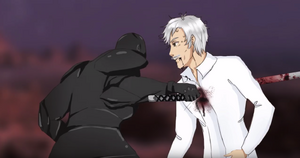