Shadow of the North

Lord of the Rings: War in the North

Serve Sauron and further his agenda in the north of Middle-Earth.

Rule as a devious and cruel tyrant over the northern part of Middle-Earth (both failed).

It is unknown how Agandaur came to serve Sauron, just that he was by the time of the Third Age. While the Nazgûl were being sent to retrieve the One Ring, Agandaur was tasked with conquering Eriador and destroying Rivendell/Imladris. To this end, Agandaur built for himself an army in Fornost, drawing from the Orcs who lived in the Misty Mountains and empowering the Orc Chieftain Thrazog by teaching him and his fellows sorcery.

Meeting with the Witch-King at Sarn Ford after he and the other Nazgul defeated a force of Rangers. Agandaur told the Witch-King that he had finished preparations and was ready to attack, but the Witch-King ordered him back to Fornost. Upon returning, Agandaur found that his men had captured a Giant Eagle named Beleram. Shortly after, a trio of heroes named Eradan, a Dúnadan ranger, Andriel, an Elf loremaster from Rivendell, and Farin, a Dwarf champion from Erebor, infiltrated Fornost to stop the army of Orcs from joining the Nazgûl. They freed the Eagle, and afterwards resolved to stop Agandaur by any means necessary.

After thwarting and frustrating several of Agandaur's efforts, the heroes eventually fought him at the remote fortress Carn Dûm, where he was finally mortally wounded. He called out for Sauron to save him, but as Sauron had just been destroyed at the same time, nothing happened, and Agandaur succumbed to his injuries, leaving only his helmet behind. 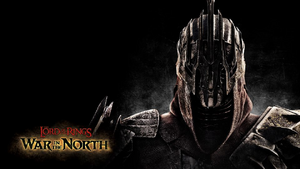 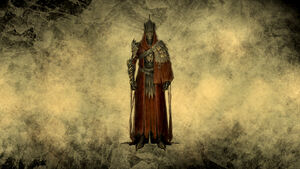