Kill Hank J. Wimbleton and anyone who resists them.

Their goal is to take out Hank Wimbleton, as well as anyone else who opposes their campaign for complete domination of Nevada, such as Sanford and Deimos.

The Sheriff was apparently the leader of the organization from Madness Combat 2 to Madness Combat 3. After he was taken out, The Auditor took charge around the time of Madness Combat 5. Under his leadership, the 1337 agents were upgraded to the l33t agents. New ranks such as the Accelerated Training Program and Mag Agents also arose.

Jesus and Tricky both used to be allies of the organization until the latter assassinated the former. Upon being revived, Jesus rebelled against the organization and the Auditor, while Tricky left to continue his vengeance against Hank.

Grunts are the lowest ranked units of the A.A.H.W. They appear more commonly in earlier episodes, but after the death of the Sheriff, they began being slowly phased out and replaced by the 1337 Crew.

An elite unit of soldiers, they dress in black business suits and wear black shades. Later on, they are upgraded by the Auditor into l33t Agents, with their shades' colors changing from black to red.

A.T.P. Soldats are upgrades of the l33t agents and a product of the Accelerated Training Program along with the A.T.P. Engineers. They differ from engineers in that they wear yellow eyepieces instead of masks and have more specialized fighting skills.

The A.T.P. Soldats have only appeared in Madness Combat 7.5, due to them allegedly ceased production.

A.T.P. (Accelerated Training Program) Engineers are high-ranked soldiers of the A.A.H.W. They are genetically altered soldiers that shed yellow blood and are characterized by the gray face masks they wear. As their name suggests, they possess knowledge of engineering, as well as leadership over lesser ranked A.A.H.W forces. They are extremely disciplined, always working in teams and never back down from a fight, even if the odds are against them. Most A.T.P. Engineers are heavily armed and carry extra ammo.

Later on, a pair of A.T.P.s that were enhanced by the new dark powers of Auditor. Faint black flames appeared around their heads and their eyes turned red and glowing. After they were sent to kill Sanford and Deimos, they succeeded in killing Deimos and wounding Sanford. The two A.T.P. engineers regrouped outside, but died when Hank, who had just undergone transformation into a larger mutant form, threw a tube containing an explosive substance at them. Despite dying, these two gained the Auditor's gunfighting skills, the ability to dodge bullets, and great intelligence. They were able to work as a team very well, using hand signs to communicate.

Agents that have been magnified to about 4 times their normal size by the A.A.H.W.'s Magnification chamber. They carry large firearms proportional to their size, as regular firearms are too small for them to wield. Several types of Mag Agent have been produced, starting with Mag Agent: Torture. 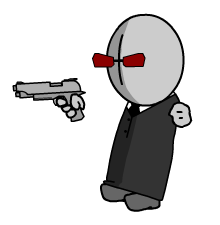 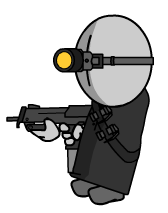 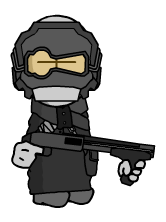