Corrupt Official
Agent Clappers is a major villain from the second season of the Netflix original series, Paradise P.D. He is a corrupt FBI agent who's in cahoots with The Legion of Dooooom.

He is voiced by Lance Reddick, who also voiced General Lunaris in the 2017 DuckTales reboot.

Following the demeaning of Randall, Agent Clappers kicked the latter, while he was down when he continued unsubtly to seduce his wife into loving him for his balls and mocking Randall for it right up to his face.

Randall fills his scrotum with a bunch of testicles and went to have sex with Karen. He thought it was a good idea to crush her face with his gigantic ballsack, which instantly got her sent to the hospital. In the hospital, Agent Clappers went to her bed with flowers to check on her. At this point, Randall was fed up with Agent Clappers hitting on his wife and challenged him to a "ball off". In this ball of, Randall and Agent Clappers both took turns, kicking each other in the balls to see who had better balls. Randall kicked Agent Clappers in the scrotum and the latter had a pained look on his face but he still held it together. Agent Clappers kicked Randall back, which caused his sack to rip open and for all the balls to dump out of his sack like an avalanche, making Agent Clappers the "Ball Champ".

In "The Father, The Son, and The Holy Post-It Note", Randall got fed up with the fact that Agent Clappers was doing nothing with the houndstooth meth kingpin case that he previously stole from him and went on a public barrage to insult him, upon his stage, during his public sendoff to his long-time employee, Agent Dunfore.

Later, Agent Clappers took Kevin into his car with him and tried to convince him that his father was a criminal who was up to no good and that he needed to keep an eye out for him. Kevin initially denied his father being a criminal and refused to go along with whatever Agent Clappers was telling him to do.

Later on, Randall admitted to breaking into the FBI to Kevin, just as planned and got promptly arrested by Agent Clappers and the rest of the FBI.

At the end of the episode, Agent Dunfore used the evidence that Randall stole and uncovered The Legion of Dooooom and found Gerald Fitzgerald as the kingpin and arrested him. Just then, he was shot dead by Agent Clappers, who was revealed to be a villain, who was actually working for Fitz the whole time, explaining why he took the houndstooth meth evidence and did nothing to put an end to it.

In "Operation DD", Agent Clappers told Fitz that recently, his plans have gotten way out of hand, once they started involving nuclear weapons and said that he was going to quit the business. Unfortunately for him, Fitz threatened that if he left, he would vandalize his family portrait, getting Clappers to grovel at his feet.

After Fitz kidnapped Paradise P.D., Agent Clappers set them free and helped them escape. Randall tackled Fitz to stop him from vandalizing the Clappers family picture and Agent Clappers got the picture back. Unfortunately for him, Fitz had ruined the picture with his fingerprints, leading the latter to commit suicide by jumping out the window. As Agent Clappers plummeted to his demise, he saw a billboard advertising a very cheap photo restoration company, that would have helped clean his family portrait of the fingerprints. Sadly for Clappers, it was too late for him to make this choice, as he was already falling to the ground. Agent Clappers quoted his last words, "Ain't that a bitch?" just before crashlanding into the ground and dying in a pool of his own blood.

Agent Clappers is a tall and slender African-American man with a perfectly clean-shaven bald head and a sculpted face of chiseled features. He has a long nasal bridge, deep cheekbones, and pronounced lips. Agent Clappers wears a black suit, black pants, dark black shoes, a white undershirt, and a burgundy tie. Clappers' most distinguishing feature, however, would have to be his massive testicles, which are so huge, that they create a massive bulge in his pants, that form the shape of his large scrotum stretching out the fabric of his tight pants.

Agent Clappers is a very serious, no-nonsense FBI agent, who's all business and has no time for BS. Agent Clappers has very little respect for the Paradise Police Department, deeming them unworthy of dealing with the houndstooth meth kingpin case. Clappers is rather condescending toward Randall Crawford, looking upon him with little to no favor. Agent Clappers is a blank slate, completely immune to emotion, claiming to have never cried in his entire life. Despite Clappers' professional demeanor, it's obvious there's some shady stuff going on behind the curtain, given how he's done nothing to handle to houndstooth meth kingpin case, after confiscating the evidence from the police, specifically for the purpose of handling it on his own. It would turn out later, that Agent Clappers is secretly an evil villain, working for Gerald Fitzgerald at The Legion of Dooooom. Clappers is so cruel, that he had no problem with shooting dead his long-time FBI assistant, Agent Dunfore all for the sake of saving Fitz. Despite how evil he is, Agent Clappers still has standards, thinking that using nuclear bombs on the city of Paradise is taking things too far. Beneath his coarse and stony demeanor, Agent Clappers does actually have some emotion, as he demonstrated being a family man, who cares deeply about his family photo of him and his loved ones not getting sullied or vandalized. If anything bad were to happen to his family photo, it would destroy him inside and immediately drive him to suicide, as he would have nothing left to live for. 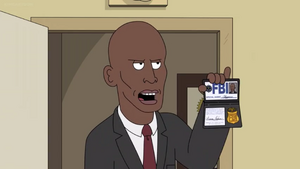 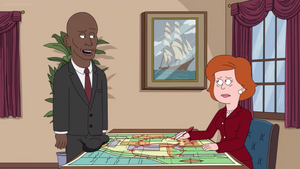 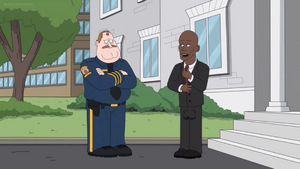 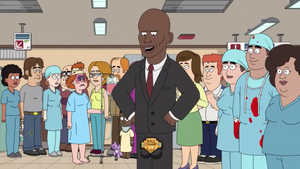 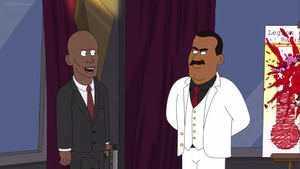 Agent Clappers turns out to be evil. 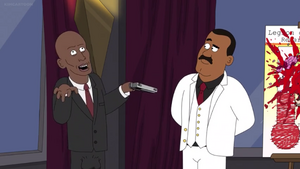 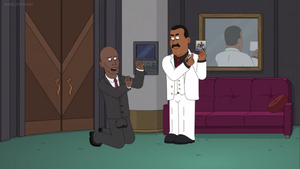 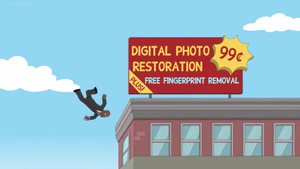 Agent Clappers commits suicide.
Add a photo to this gallery

Retrieved from "https://villains.fandom.com/wiki/Agent_Clappers?oldid=3841974"
Community content is available under CC-BY-SA unless otherwise noted.