Agent Fitzgerald is the main villainess from Unnatural History's 9th episode "Now You See Me".

She was portrayed by Jeananne Goossen.

Agent Fitzgerald was sent on the case when Matt Palmer, the son of a U.S. Senator, is kidnapped. The kidnapping took place during a magic act performed by Henry, Jasper, and Maggie. It is revealed that the suspects are a dangerous criminal organization known as The Crimson Ring, which is often referred to as The Crimson Orb by its members. While Jasper and Maggie rescue Matt and his friend, Lance Bellini, they remember that Fitzgerald referred to the group as The Crimson Orb, and it is eventually revealed that she is behind the kidnappings.

Fitzgerald holds Henry hostage and reveals her evil plan, which included eliminating Matt and Lance. Her motive is solely monetary; she planned to get away with a huge ransom that she insisted that Senator Palmer pay off, and she hooks Henry to a device known as "The Iron Maiden," intending to kill him as well. Jasper and Maggie arrive to rescue Henry, but at that moment, the evil Fitzgerald chased after them. Henry freed himself from the Maiden, and fought Fitzgerald, using sleight of hand to handcuff her and to replace her gun with a deck of cards before finally defeating her. 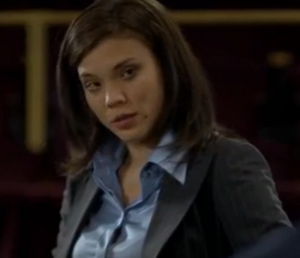 Add a photo to this gallery
Retrieved from "https://villains.fandom.com/wiki/Agent_Fitzgerald?oldid=3702315"
Community content is available under CC-BY-SA unless otherwise noted.