Second Leader of the Agents

Hunting down Neo and fighting his teammates contrasting Morpheus and Trinity

To hunt down Neo and kill him alongside Morpheus and Trinity (failed).

He is a high-ranking member of the Agents who becomes its newly leader after Agent Smith, its previous leader, became a corrupt virus.

He was portrayed by Daniel Bernhardt, who also portrayed Kirill in John Wick and Sven Olsen in Lethal Weapon.

Johnson was required to defeat Neo so he can prevent the One from reaching the Architect. Johnson is also the upgraded successor of Smith, and was determined to keep the Matrix under control along with his two cohorts Agent Jackson and Agent Thompson respectively.

Johnson ordered his two allies to attack the Resistance in the highway and kill the Keymaker, even attempting to fight against the Twins sent by The Merovingian to capture the Keymaker. His plan failed since Neo rescued them.

Johnson and his allies encountered Neo one last time at the power plant and blew it up.

Johnson was killed by Niobe and Ghost at a sparking computer server.

Johnson is less rogue than his earlier counterpart and is willing to stop Neo.

Agent Johnson, along with Agent Thompson and Agent Jackson. 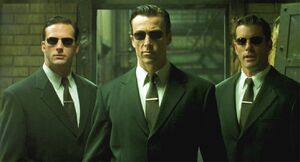 Agent Johnson, along with Agent Thompson and Agent Jackson. 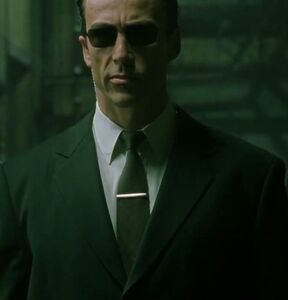 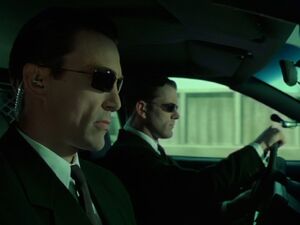 Agent Johnson riding 'shotgun' while Thompson keeps it on 10 and 2. 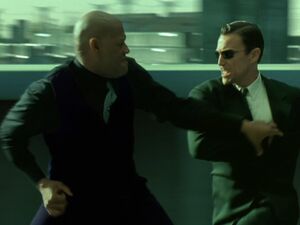 Agent Johnson fighting Morpheus on top of a semi truck.