Agent One and Agent Two

Prove the existence of demons in order to improve their standing with their superiors (ongoing).

Agent One and Agent Two are antagonists in the adult animated black comedy-web series Helluva Boss, serving as the main antagonists of the episode “Truth Seekers".

Agents One and Two both take their jobs very seriously and are determined to accomplish their goals no matter the cost, even willing to kill demons if it comes to it. However, they both seem to not be very good at their jobs at all since they weren't ever able to effectively interrogate either Blitzo or Moxxie even when they used a truth gas, since the both of them were too high to tell them anything important.

Agents One and Two's backstory is not well known as of yet, but it can be assumed that they either joined or were somehow directly responsible for the creation of D.H.O.R.K.S. after noticing the I.M.P repeatedly coming to Earth and murdering dozens of humans, but not yet gathering enough proof for their superiors to prove the existence of Demons.

Agent One and Agent Two are first seeing monitoring footage of the I.M.P in their previous missions on Earth, wondering when they'll next appear since they seemingly show up at random times in different parts of the United States. Conveniently, the agents looks out the window to see Blitzo loudly stumbling out of a dumpster in the alleyway, so One and Two chase them outside where they force Blitzo and Moxxie to separate from Loona and Millie to capture them.

Infuriated at her husband being kidnapped, both Millie and Loona sneak inside their base and kill any agents they come across while One and Two are interrogating Blitzo and Moxxie, though they don't get anything useful from them even with their truth gas. Soon enough both Loona and Millie manage to free both Blitzo and Moxxie, though they are quickly surrounded by about one-hundred agents armed with weapons from the Edo period in ancient Japan and the two groups engage in a bloody fight that ends with all the agents dead except for One and Two, but Blitzo, Moxxie, Millie, and Loona are out of ammunition so they're quickly cornered.

Just as they're about to be killed, the lights go out all throughout the base and Stolas briefly possesses Agent Two in order to scare them into leaving them alone and leaves in his own portal, though Agent One and Two now have tons of video footage proving the existence of demons. 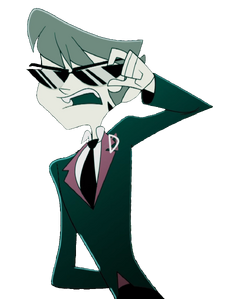 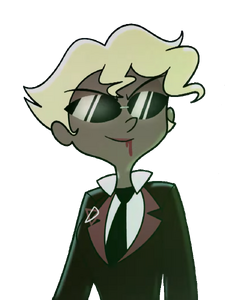